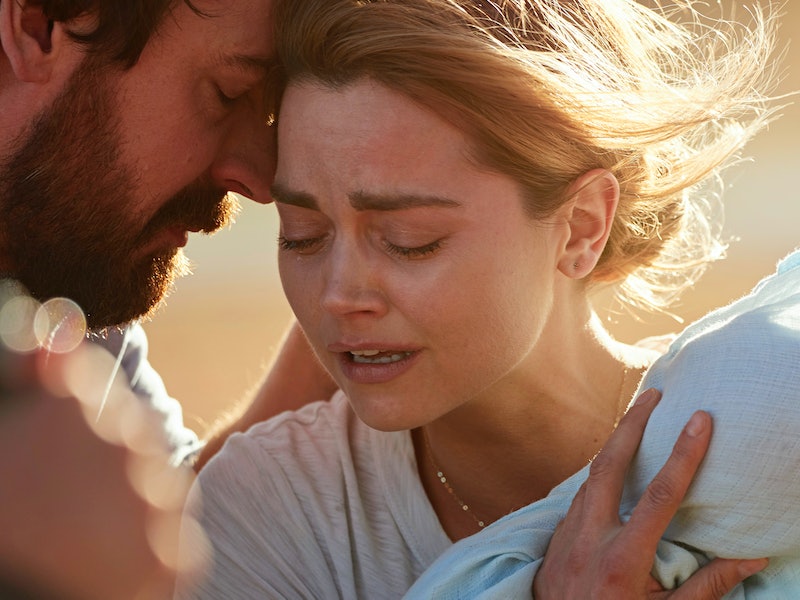 As the gripping new BBC drama series The Cry approaches its intense conclusion, viewers of the show might be wondering where the story could go next, and if we can expect to see another series of the TV adaptation. But will The Cry return for Season 2? Well, taking into account that the original novel currently has no follow up, and that the BBC hasn't announced any plans to produce a second series, it seems fairly unlikely at this point. However, I have reached out to the BBC for comment, and will update with any information when it becomes available.

The first and current series of The Cry follows the harrowing story of Joanna Lindsay (Jenna Coleman) and Alistair Lindsay (Ewen Leslie) after their newborn baby is allegedly kidnapped from a remote Australian town. An intrusive and revealing police investigation follows suit, with the case of missing baby Noah going viral across social media. The BBC series will run for a total of four episodes, the final of which will air on Sunday Oct. 21 at 9 p.m. on BBC One.

When speaking about the complexity of her character to the Express, Coleman said: "I think what drew me in the first place reading the script was how over the space of four episodes the Joanna that you meet at the beginning, who is obviously dealing with postnatal depression and struggling as a mother losing her identity, becomes the Joanna that you see in a court case at the very end who's very kind of self-possessed and wearing a red dress."

The 32 year-old also discussed how working on a thriller like The Cry was a new experience for her. She said: "I've never done anything like a psychological thriller before and playing that and trying to pitch that and judge that was really challenging", and continued "We kept talking about how it's like a vortex that you go down because you always have to completely play the truth but play the truth that can be seen differently from different camera angles."

In the latest episode of the drama, viewers learned that the character of Alistair had been killed off, and the focus of the show's primary mystery shifted towards the circumstances of his death and who might be involved. It was also revealed that Coleman's character, Joanna, was on trial for the murder of husband Alistair, and speculation surrounding her perceived guilt, along with the parents apparent involvement in the disappearance of baby Noah, has gone into overdrive on social media.

If you're not up to date with the latest thrilling episode, you can catch up on the broadcaster's streaming service, BBC iPlayer. But make sure you do so quickly because the final episode is set to air on BBC One this weekend, and chances are it's going to be pretty epic.

All the burning questions are sure to be answered in regards to the trial, and the suspicious inconsistencies that surround the abduction of newborn Noah. Bring on Sunday night.