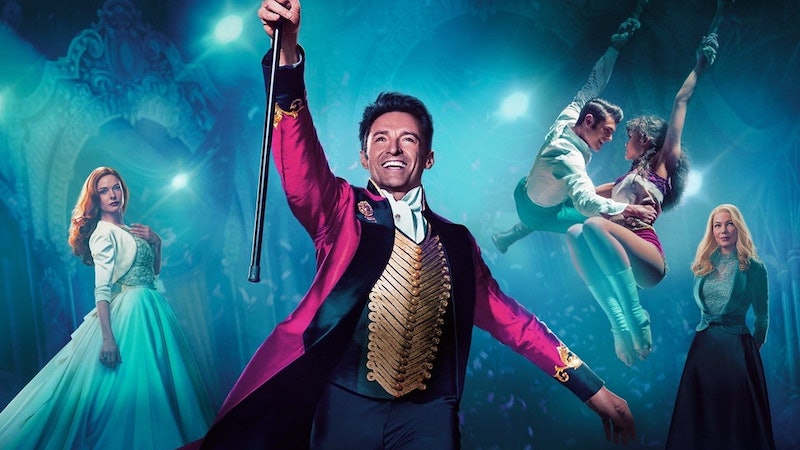 The Greatest Showman made a profound impact after it's theatrical release in 2017, and chances are you've hummed along to most of the amazing soundtrack at some point. And when the Christmas season comes around, a cosy night of Netflix and chill sounds even more appealing than usual. But will The Greatest Showman come to Netflix?

As it stands, the cinematic smash is not yet available on the popular streaming service, and there has been no official confirmation of when we can expect it. I have reached out to Netflix for comment on the matter, and once I know more I'll let you know right away.

Not all is lost, however, as the launch of Disney+ in the UK could bring The Greatest Showman to a streaming platform near you. The film features a fair few Disney favourites, after all. (We're looking at you, Zac.) As Bustle have previously reported, Disney plan on launching the service on March 31, 2020, here in the UK, but if you don't fancy waiting around that long, you can purchase Showman on Amazon Prime Video for £6.99.

In addition to enjoying massive box office success, the movie's soundtrack has also dominated music charts over the past year. In the year following the film's release, The Greatest Showman: Original Motion Picture Soundtrack was triple platinum in the UK, after shifting 900,000 copies. As reported by GQ, the album which includes tracks such as "This Is Me," saw five tracks reach the Top 40 of the UK Singles Chart. President of Atlantic Records UK, Ben Cook, discussed the overwhelming success of the soundtrack. He said: "There was some expectation, but this is a runaway success story now and it’s always hard to predict those."

Film critic for the Guardian Caspar Salmon discussed how the music from The Greatest Showman transcends generations, and those with varying music tastes. He commented: "It wouldn’t have done anything without those earworm songs. Families are going to see the film together. It’s managed to hook Broadway nuts and Adele fans. You can enjoy the torchy aspects if you’re older, but fall for the modern production if you’re younger."

Fans of the musical appear to be eager to see Hugh Jackman strut his stuff as P. T. Barnum on Netflix, with some taking to social media to express their impatience.

If you really can't wait until the Michael Gracey directed film becomes available on Netflix, in the meantime you enjoy updated versions of the Showman's music — which is arguably the greatest aspect of the overall film. As Variety reports, The Greatest Showman: Reimagined features an all-star reimagining of the original motion picture soundtrack, which includes the likes of Pink, James Arthur and Years & Years.

So, although the hit musical isn't yet available on Netflix UK, there are still other options out there for fans of the hit musical, and I cannot wait for my next Greatest Showman singalong.

This article was originally published on Dec. 5, 2018