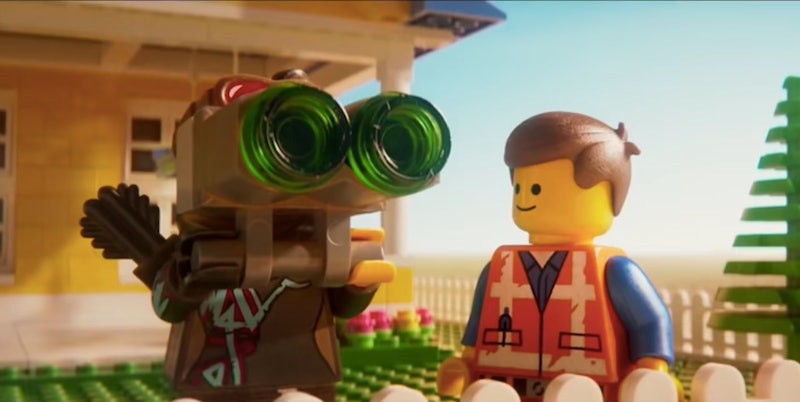 The latest film in the Lego franchise, Lego Movie 2: The Second Part is finally coming to theaters on Feb. 8, after a long, patient wait from fans. The new Lego movie was delayed a few times, the latest update pushing it from May 2018 release to this year, as Entertainment Weekly reported. So will the Lego Movie 2 get another sequel, or has the franchise hit a stumbling block?

What's got to be frustrating for true Brick-Heads is there's been another film in the works for quite some time now. Back in March 2015, The Hollywood Reporter noted Warner Bros. announcement they'd hired Jason Segel (The Muppets) and Drew Pearce (Iron Man 3, Mission Impossible: Rogue Nation) to write a new Lego movie, called The Billion Brick Race. The original Lego Movie directors and producers were set to oversee Billion Brick as producers, per the publication.

At the time, this was the fourth of three planned spin-offs and sequels: Lego: Ninjago in 2016, The Lego Batman Movie in 2017 and The Lego Movie 2 in 2018. After some serious schedule reshuffling, the other three films will have all come out by later this week. But what of Billion Brick Race?

In October 2015, Segel clarified to IndieWire that Billion Brick Race was a co-writing, not a co-directing venture for Segel and Pearce. "That was misreported when it first came out,” said Segel. “I feel like if there was something where I felt like I’m the only person who could direct this, then I would direct it. However, I know, personally, a bunch of people who could direct it better than me... I’d rather something be great, than say I directed it.” Though, he did tease that Billion Brick Race would be “everything a kid would hope for, I think.”

After that, news was quiet until August 2017, when THR dropped an exclusive report that Book of Life director Jorge Gutierrez had been tapped to direct the film. Nothing much further until Valentine's Day 2018, when Flickering Myth reported that Gutierrez had announced on Facebook he was leaving the project.

The parting didn't seem to be a nasty one, as Gutierrez posted, “I would like to publicly and from the bottom of my heart thank everyone I worked with at Briksburg, LEGO and WAG. These last 9 months were a rollercoaster of thrills to say the least... I leave a better filmmaker and it’s because of you all. May our paths cross again. Gracias mis amigos. And as I toasted on my first day there, ‘May we slip n slide on the blood of our enemies!!!'"

In July 2018, Pearce, who'd since gone on to other projects, confirmed to Yahoo! Movies UK that he'd been set to direct Billion Brick Race before stepping down to work on Hotel Artemis, a dystopian film set in a members-only hotel for criminals amid the Los Angeles riots of 2028 starring Jodie Foster, and that he wasn't sure what the status of the Lego project was at the moment.

As the film was based on a pitch he'd made, he was able to drop some plot details, the first anyone heard about Billion Brick Race: "It’s inspired by every race movie ever with a cast, in the same way that Cannonball Run mixed people from different genres and preexisting ideas. The Billion Brick Race is a movie designed to be able to throw in every single racing idea in history and do it with LEGO, so I hope it gets made," he said.

I'm sure fans of the Lego franchise do too. While Lego Movie 2 will be out in a few days, the future of Billion Brick Movie, once slated for 2019, is still unknown.