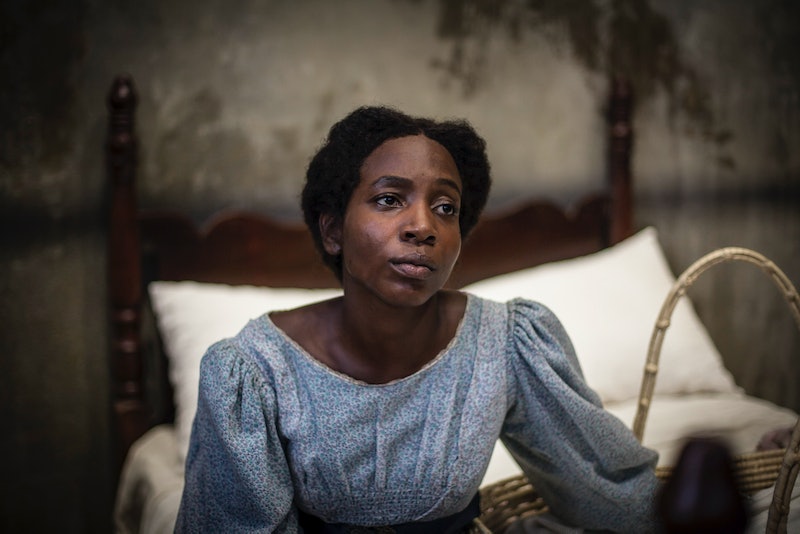 The rise of the mini-series may be a relatively new medium, but it's one that has been welcomed with open arms. Gone are the days where narrative-focal dramas were spread over dozens of episodes — now stories are contained within three or four episodes, often screened in quick succession. The BBC's recent drama, The Long Song, is one of those series; a fantastic adaptation of Andrea Levy's important 2010 novel. And with its final episode airing this evening, it's got me wondering — will The Long Song return for a second series?

Depending on whether the mini-series follows the same trajectory as the end of the novel for its last episode, anything is possible regarding the show's future. The first two episodes of the Levy adaptation were extremely well-received, with viewers praising the balance between its gripping drama and humour as Digital Spy reported. And even though the book is its own entity and does not have a sequel, that's not to say that the story of July (portrayed by Tamara Lawrence) could not be continued.

To further clarify whether this could actually be a possibility, I reached out to a representative for the show but have yet to receive comment.

But personally, I think that The Long Song should stick to three episodes and not venture into a second season. There's no need to elongate the story further than it needs to, which is something Levy obviously took into account with the novel as well. While I'm sure the older July (portrayed by Doña Croll) has plenty more to say about her life story, this vignette of her younger years is perfect as it is.

And according to screenwriter Sarah Williams, The Long Song was originally meant to be a feature film, and moving it to a TV series actually gave them the further time that they craved. "BBC have been great — they gave us three hours to tell this which is a much better length of time to fit it all in," Williams explained at a screening for the series. "It's been a long road but we got there."

If you've got the itch to discover more of Levy's work, there's plenty of it to read (and be adapted to screen — here's hoping). Writing novels that she wanted to read as a young woman, Levy explains on her website that she sought to create "entertaining novels that reflect the experiences of black Britons, that look closely and perceptively at Britain and its changing populations," while also highlighting "the intimacies that bind British history with the Caribbean."

As Levy explained about her experiences in writing The Long Song, her desire was to creating a story about slavery "through which we can remember, marvel at what they endured, what they achieved, and what they have bequeathed to all of us. The Long Song is my tribute to them and, I hope an inspirational story not only for their descendants, but for us all."