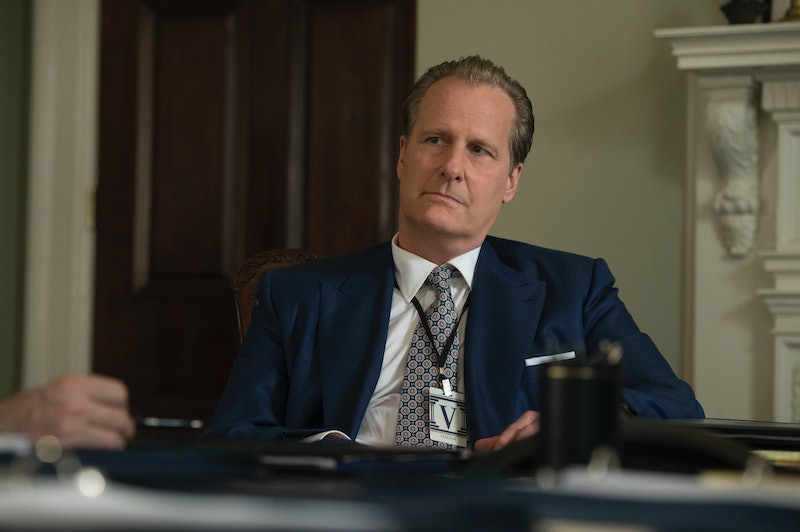 The U.S. drama series The Looming Tower is based on Lawrence Wright's award-winning novel of the same name, and follows the story of the increasing threat of Osama Bin Laden and Al-Qaeda in the 1990s. The series also touches upon the rivalry between the FBI and CIA during that period, which some believe may have inadvertently allowed the 9/11 terrorist attacks to go undetected. The drama made its UK debut earlier this year, but will The Looming Tower be available on Netflix?

The American series is currently not available on Netflix, and there has been no announcement in regards to the show's arrival on the streaming platform. I have reached out to Netflix for comment, and will update with any new information once it becomes available. However, not all hope is lost, because there are still multiple ways to watch this gripping series in the UK. According to the Radio Times, the drama first began airing in the UK on BBC Two back in April, and you can still catch episodes of The Looming Tower on BBC iPlayer – however, only four episodes are currently available to stream.

Amazon Prime Video subscribers in the UK can enjoy the series in its entirety on the streaming platform, and a short synopsis of The Looming Tower on the Amazon UK website reads, "The Looming Tower traces the rising threat of Osama Bin Laden and Al-Qaeda, and takes a controversial look at how the rivalry between the CIA and FBI may have inadvertently set the stage for the tragedy of 9/11 and the war in Iraq."

According to the BBC, the series centres around members of the I-49 Squad in New York City, and the counter-terrorism divisions of the FBI and CIA as they seek out information around the world, whilst battling with one another for credit of its retrieval — despite all having the same goal of preventing a terrorist attack on U.S. soil.

As mentioned previously, The Looming Tower originally aired on BBC Two in the UK, and as reported by the BBC, the broadcaster's Head of Programme Acquisition, Sue Deeks, has explained why she was so keen on introducing the drama to UK audiences. She said, "Brilliantly weaving archive footage with tense and compelling drama, The Looming Tower is a fascinating and illuminating deconstruction of the personalities and events that ultimately led to the horror of 9/11."

You can watch The Looming Tower on BBC iPlayer and Amazon Prime Video in the UK, and if you're a fan of intense TV drama, you do not want to miss out on this brilliant U.S. series.