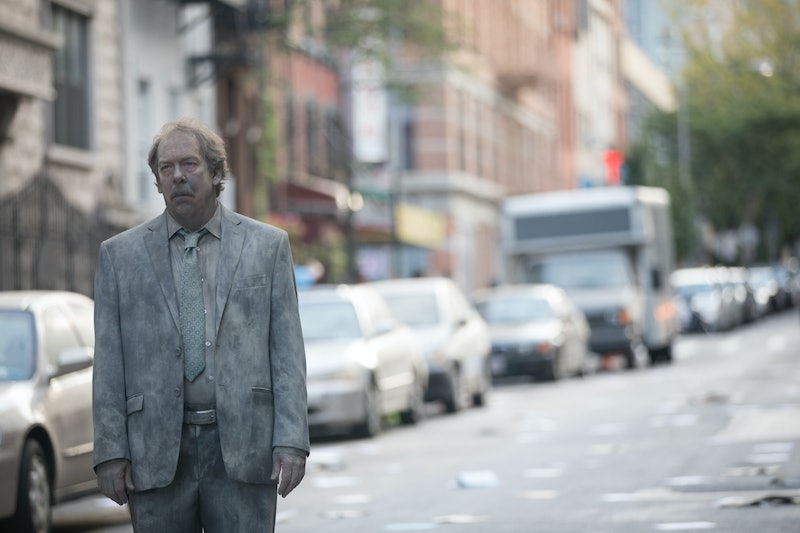 Hulu's series, The Looming Tower details the lead-up to an American tragedy, and the Season 1 finale shows the horrifying results of years of actions. The Season 1 finale was always going to end on 9/11, the day that would go on to define America in the 21st century, so where does the story of The Looming Tower go from there? While the first season of the series reaches a pretty conclusive ending, it's been suggested that a possible The Looming Tower Season 2 could examine the aftermath of the 9/11 attacks, or possibly go even further back in history than Season 1 to further examine the historical events that led to the 9/11 and the War on Terror throughout the 20th century.

The Looming Tower was marketed as a limited series, which hints that it will have a definitive ending with no loose ends to tie up. However, just because the story of The Looming Tower Season 1 is complete doesn't mean that the series can't shift its focus to something different should it return for a second season. Variety reports that the creators behind The Looming Tower have already started planning a second season, even though a follow-up has not yet been ordered.

While the first season of The Looming Tower focused almost exclusively around the circumstances directly related to the Sept. 11 terror attacks, the book that inspired the series covers a 50-year timespan of Islamic fundamentalism. Lawrence Wright, the author behind The Looming Tower: Al-Qaeda and the Road to 9/11, which inspired the show, also serves as a creator and executive producer on the adaptation. His in-depth writings on Islamic fundamentalism, including his 2017 book The Terror Years: From al-Qaeda to the Islamic State are well-equipped to translate the history of the Muslim Brotherhood to the small screen for a potential second season.

In an interview on the Hugh Hewitt radio show, Wright described the Muslim Brotherhood as "the grandfather of all of the Islamist movements." Wright explained that some of the roots of the Muslim Brotherhood come from Egypt. The group was formed in 1928 but the ideologies that would go on to inspire Al-Qaeda were popularized by a single member who went to America in 1948 and after two years returned to Egypt and started publishing anti-American articles. Later, a book of his entitled Ma’alim fi-l-Tariq — which translates to Signposts Along The Road — "denounced the Muslim rulers, and said that all of the Muslim rulers are infidels, and he called for a vanguard of Muslim youth to rise up and overthrow them."

Eventually, Osama bin Laden was inspired by the book and used it to help inform Al-Qaeda's mission. The Looming Tower Season 1 covers the years leading up to 9/11, but a second season could cover the decades leading up to the event — it started much before 2001.

Season 1 of The Looming Tower depicts one of the most visible attacks in the history of terrorism, but a further exploration of Al-Qaeda's roots could provide important context to those trying to grasp a full understanding of how and why the War on Terror and fight against Islamist fundamentalist groups like Al-Qaeda and The Islamic State is an ever-present part of reality in 21st century America. A second season of The Looming Tower has yet to be ordered by Hulu, but the show could be the best platform to educate audiences on the history of the Muslim Brotherhood in the easily digestible form of a television series — and better inform the public of the inner workings behind the event that changed our nation forever.