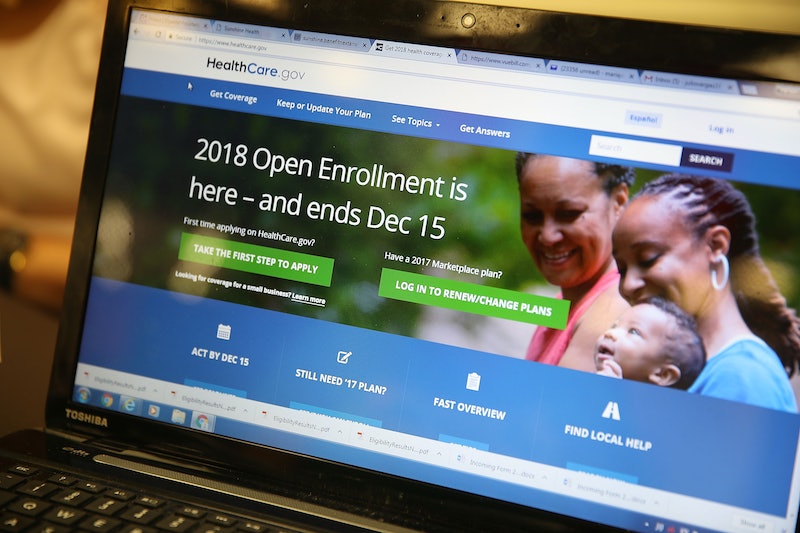 Open enrollment for health insurance obtained under the Affordable Care Act continued Saturday despite a federal judge recently ruling the statute's individual coverage mandate was unconstitutional. But with the future of the health care reform law cast into doubt, questions and confusion have mounted regarding millions of Americans' health coverage. For example, will the Obamacare ruling affect insurance coverage in 2019?

In a ruling handed down Friday, U.S. District Court Judge Reed O'Connor struck down the Affordable Care Act — more commonly known as Obamacare. In his ruling, O'Connor argued the law's individual mandate was unconstitutional and because it could not be separated from the rest of the health care reform law, the entire statue was invalid. "The court today finds the individual mandate is no longer fairly readable as an exercise of Congress's tax power and continues to be unsustainable under Congress's interstate commerce power," USA Today reported O'Connor wrote in his ruling. "The court therefore finds the individual mandate, unmoored from a tax, is unconstitutional."

But for now, at least, it appears as if Friday's ruling will have no immediate impact on health insurance coverage obtained for 2019. "The recent federal court decision is still moving through the courts, and the exchanges are still open for business and we will continue with open enrollment," Seema Verma, the administrator for the Centers for Medicare and Medicaid Services, tweeted Saturday. "There is no impact to current coverage or coverage in a 2019 plan."

In a push to encourage enrollment despite the confusion of Friday's ruling, visitors to the federal HealthCare Marketplace were greeted Saturday with a message that read simply, "Court's decision does not affect this season's open enrollment." According to CNN, more than 4 million people have already obtained health insurance plans for 2019 through the federal and state exchanges with more expected to sign up Saturday, the last day of open enrollment.

What's more, supporters of Obamacare plan to appeal Friday's ruling, setting the stage for a potentially lengthy court battle that's likely to end in a Supreme Court showdown. California Attorney General Xavier Becerra, who along with 16 other Democratic-led states has been defending the Affordable Care Act in court, vowed to appeal O'Connor's ruling. "Today's ruling is an assault on 133 million Americans with preexisting conditions, on the 20 million Americans who rely on the ACA's consumer protections for health care, on America's faithful progress toward affordable healthcare for all Americans," CNN reported Becerra said in a statement released Friday. "The ACA has already survived more than 70 unsuccessful repeal attempts and withstood scrutiny in the Supreme Court."

Democratic legislators have also implied that they'll move to protect the law when they take control of the House in the 2019 legislative session next month. "When House Democrats take the gavel, the House of Representatives will move swiftly to formally intervene in the appeals process to uphold the life-saving protections for people with pre-existing conditions and reject Republicans' effort to destroy the Affordable Care Act," CNN reported Rep. Nancy Pelosi said.

But most important to those who obtain their health care via the Affordable Care Act is the fact that the law is expected to remain in effect while Friday's ruling is appealed. Meaning that for now, at least, 2019 coverage won't be interrupted.