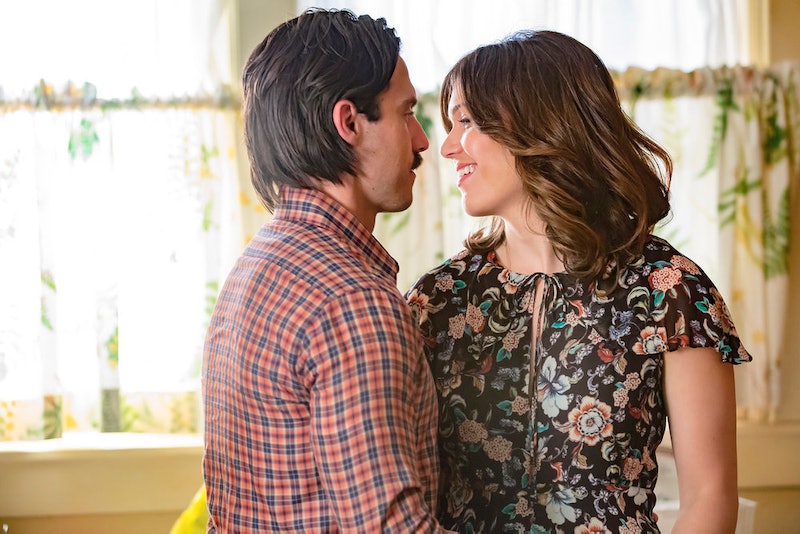 The Pearsons have had the Big Three since the beginning of This Is Us, but what if there was a Big Three plus one? The Formidable Four? The Fancy Four? Either way, it looks like Jack and Rebecca may possibly expand their family past their five some—will the Pearsons have another baby on This Is Us?

Most of the flashbacks in the first season of This Is Us have shown the difficulties of raising three kids—and triplets at that—by first-time parents, and at the same time, natch. The first year looked rough, especially, but in a preview for a future episode, Jack asks Rebecca if they should think about having another child. Say what? This is after an episode during which Rebecca is pregnant and mean—like really mean, as she said, since she even forgot his birthday—to her husband. Why would they want to wade back into that hormonal pool again? Maybe Jack is in a happy phase where his kids are older and more self-reliant and he thinks, “Man, we did this so right the first time that we should do it again!” My hope is that Rebecca will shut him down and tell him he’s crazy, because that’s what he is—crazy.

Don’t get me wrong—I come from a large family, and that’s what I’m used to, but Jack and Rebecca don’t seem like they can handle a family bigger than the one they have now. Do they even have the income for another child? Could Rebecca go through with another pregnancy, especially if she had complications during her first time around? Jack may suggest having another baby, but I’m hoping that Rebecca will shut that down and encourage him to enjoy the three beautiful babies he already has.