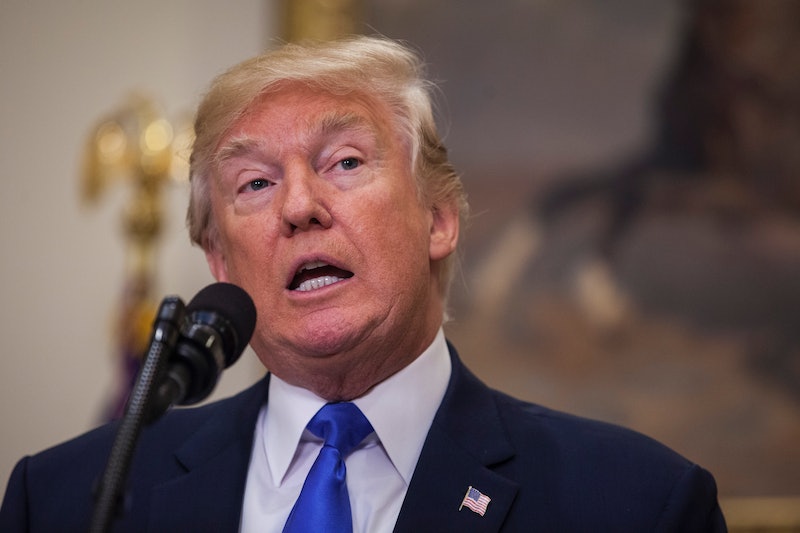 President Donald Trump announced a new immigration plan on Wednesday that would mark a sweeping overhaul of the current policy. Together with two Republican senators, Trump introduced the Reforming American Immigration for Strong Employment (RAISE) Act, tying immigration to wages. But will the RAISE Act pass? Getting it past the Senate could prove difficult.

The RAISE Act would severely limit the criteria for green card applicants to those who meet a "merit-based" set of criteria, as opposed to the family connections that have been in place for more than 50 years. It would also do away with the diversity lottery that helps attract underrepresented immigrants and limit the number of refugees. All in all, it would result in fewer, less-diverse immigrants. One of the "merit" categories is speaking English.

That is likely to unite Democrats against the measure, and perhaps some moderate Republicans from immigrant-heavy states too. To get such a bill past the Senate, 60 is the magic number to avoid filibuster. Not only would all 52 Republicans have to vote in a united block, but at least eight Democrats or Independents would also have to vote for it — quite the tall order, especially on the heels of successfully blocking the Obamacare repeal.

Trump is going to try, though. He made an effort to turn immigrants and minorities against recent arrivals by framing the effort around jobs and wages. "Among those who have been hit hardest in recent years are immigrants and minority workers competing for jobs against brand new arrivals,” Trump told reporters Wednesday. “It has not been fair to our people, our citizens and our workers."

One of the Republican votes that Trump would need — let alone Democratic — is Sen. Lindsey Graham of South Carolina. He has already come out against the bill. "If this proposal were to become law, it would be devastating to our state's economy which relies on this immigrant workforce," Graham said in a statement. He noted that agriculture and tourism are two of the largest industries in the state, and that they would see the biggest decrease in immigrant workers.

It sounds like the merit-based system is not so much the problem in and of itself, but cutting the family-based and diversity programs would result in too big of a reduction of workers for employers. That's at least an argument Republicans will hear.

As for Democratic opposition, it could include arguments like that of California Rep. Ted Lieu. "As an immigrant, I find this xenophobic proposal by @realDonaldTrump deeply offensive. Also, what's the deal with his war on grandmothers?" Lieu tweeted Wednesday. Other groups, like the Anne Frank Center for Mutual Respect called it an "ethnic purity test that harkens [sic] to the worst in world history."

Sens. Tom Cotton of Arkansas and David Perdue of Georgia co-sponsored the legislation. They'll surely try to pressure their colleagues into supporting the plan. But given it was introduced in February and hasn't gone anywhere yet, don't hold your breath.