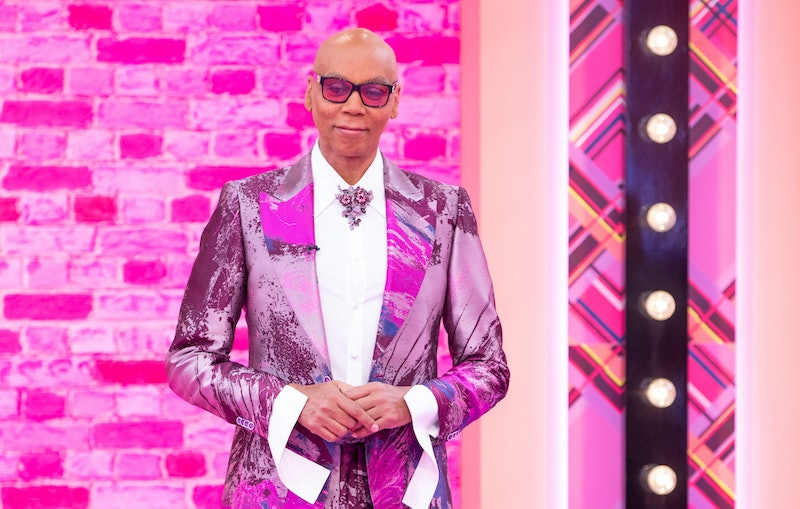 From Downton Draggy to the iconic Snatch Game challenge, the first season of RuPauls Drag Race UK has served some serious lewks — and laughs. While some were apprehensive whether it’d live up to it’s stateside counterpart, the UK version highlighted that if you’ve got a great concept, you can take it anywhere, and UK queens can rock it just as hard. While every episode of RuPauls Drag Race is fabulous and extravagant, one has to top them all. So, will the RuPaul's Drag Race UK finale mirror the U.S. version?

Season one of UK Drag Race has been a massive success and fans need not despair just yet. There’s still a couple more weeks to watch your favourite queens shantay in a bid to stay. It was announced that the season finale will be airing on Nov. 21 at 8 p.m. on BBC Three. However, you better be ready when it lands.

The BBC has revealed that Strictly Come Dancing AJ Pritchard and his brother, Love Island finalist and fellow dancer, Curtis Pritchard have teamed up to choreograph an all-singing, all-dancing final challenge for the three remaining queens. Think high fashion and high drama.

In terms of how the UK finale will match up to the U.S. one, there is one key difference. I reached out to a representative from BBC Three who told me that the UK final won't be aired live like they have done in the U.S. for the past few seasons. Oh well. I'm sure the BBC have plenty of other tricks up their sleeve to keep us thoroughly entertained.

As the queens will be fighting out to be crowned the first RuPaul’s Drag Race UK superstar, you should expect nothing less than the most extravagant show of the season. Michelle Visage, Alan Carr, Graham Norton, and all of the eliminated queens from the series will return to the runway for one last hoorah before RuPaul crowns the queen of all UK queens.

And the finale will be an ultimate celebration as fans can rejoice that it won’t be the last time Drag Race will be in the UK. It’s been announced that season two will be coming to our screens and Mama Ru is already on the look out for the next best queen. Speaking about the series in a statement RuPaul said:

"I want to thank the BBC and all our fans for their overwhelming support of RuPaul’s Drag Race UK. This season’s queens proved that Britain’s Got Charisma Uniqueness Nerve and Talent and I want to see more! Here’s to another season of love, laughter and light!"

It’s been impossible not to be completely swept away with series one of Drag Race UK. With a massive guest judge line-up including Jade Thirlwall, Michaela Coel, Geri Horner, and Maisie Williams, to name a few, there’s been more than a fair bit of high-octane drams. The finale will be your last chance to see all the queens from this series back in fabulous action. Catch the final extravaganza on BBC Three at 8 p.m. on Nov. 21.