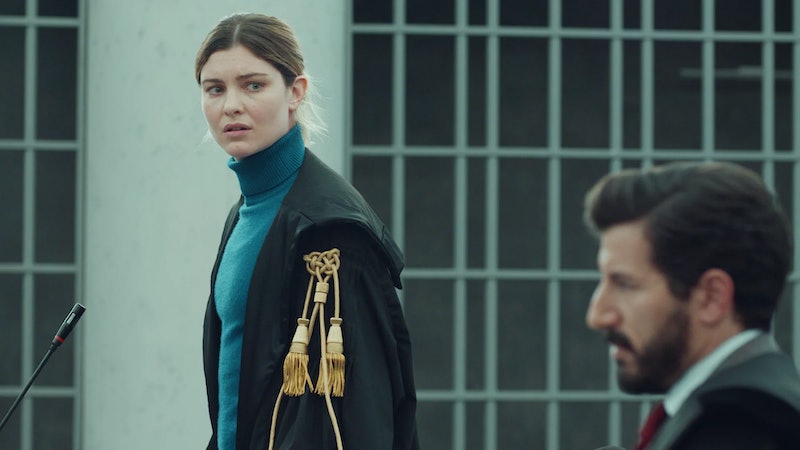 Netflix is known for bringing shows from all over the world right into your living room. Whether it's Israel's Fauda, Spain's Elite, or England's Lovesick. The latest foreign offering is Italy's The Trial (Il Processo). It's a dark, twisting drama that sticks close to the courtroom, revealing hidden motives during a gruesome murder case. With the entirety of the first season available to stream, binge watchers hitting the last episode are starting to ask, will The Trial return for Season 2? While a second season's unlikely, a spin-off isn't out of the question.

As the first serial legal thriller on Italian television, the show broke ground in its home country. Following the evidence-gathering and trial for the brutal murder of a 17-year-old girl, the show centers on Elena Guerra, a prosecutor whose relationship with the victim is more intimate than initially suspected.

While they've yet to announce a second season, there's been talk of alternative plans for the show. In an interview with Cinematographe, series creator and writer Alessandro Fabbri said, "The beauty of this story is that every character deserves a spinoff." He also shared, "This is an international series, which cannot be confined to any type of border."

It remains to be seen if a spin-off is actually in the works — and what that would entail — but if The Trial finds fans with American audiences on Netflix, then it might be a lot more likely.