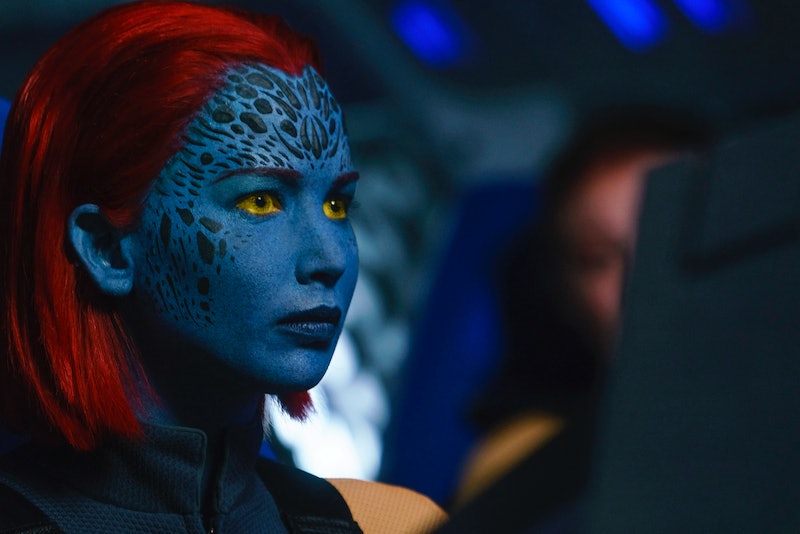 Superhero movies just keep on coming from every direction: Phase 3 of the Marvel Cinematic Universe is coming to a close this summer with Spider-Man: Far From Home. The next X-Men movie, Dark Phoenix, is coming out June 7. Robert Pattison is reportedly our new Batman. Where does it end?! Well, it doesn't. And now, with a recent studio merger, there's the question of whether the X-Men will join the MCU.

The answer is... probably. Just not right now.

For a little background, what happened was Disney officially merged with 20th Century Fox in March 2019, with Disney "acquiring all the entertainment assets of 20th Century Fox," as reported by Entertainment Weekly. This means Disney, which is in charge of the MCU, now has the rights to X-Men, which were owned by 20th Century Fox. The X-Men comics are Marvel comics, but there wasn't one studio that owned all the rights to all of the Marvel comics characters. In Spider-Man's case, Disney and Sony share the rights to him, which is how Spidey appears in Avengers movies, but also in separate Sony distributed solo movies, like Spider-Man: Into the Spider-Verse and the films starring Tom Holland.

Now, the X-Men can appear alongside other MCU heroes without there being a separate deal like there is with Spider-Man. As for if that will happen, it most likely will. As for when it will happen, Marvel Studios president Kevin Feige says it's going to be a long time.

"It’ll be a while," Feige said in an interview with io9 in April. "It’s all just beginning and the five-year plan that we’ve been working on, we were working on before any of that was set. So really it’s much more, for us, less about specifics of when and where [the X-Men will appear] right now and more just the comfort factor and how nice it is that they’re home. That they’re all back. But it will be a very long time."

As for what that five-year plan does include, there are a few movies that are already in the works. After it was previously thought that Avengers: Endgame would be the end of Phase 3 and Spider-Man: Far From Home would be the first movie of Phase 4, Feige confirmed in April that Far From Home would end Phase 3, as reported by Newsweek. There are also a number of expected movies for Phase 4 that aren't officially announced, like Guardians of the Galaxy Vol. 3, the solo Black Widow movie, Black Panther 2, and Doctor Strange 2.

Based on what Feige said, it doesn't seem like X-Men will start popping up in MCU movies anytime soon, but who really know what's going to happen? Entertainment Weekly points out that in some of the comics Black Panther and Storm were married — maybe that'll happen in a Black Panther movie. Or maybe no X-Men will show up at all until after Phase 4 is complete. Basically, we don't know anything except that the X-Men can join the MCU and that Disney and Marvel can hang that knowledge over fans' heads for as long as they want.