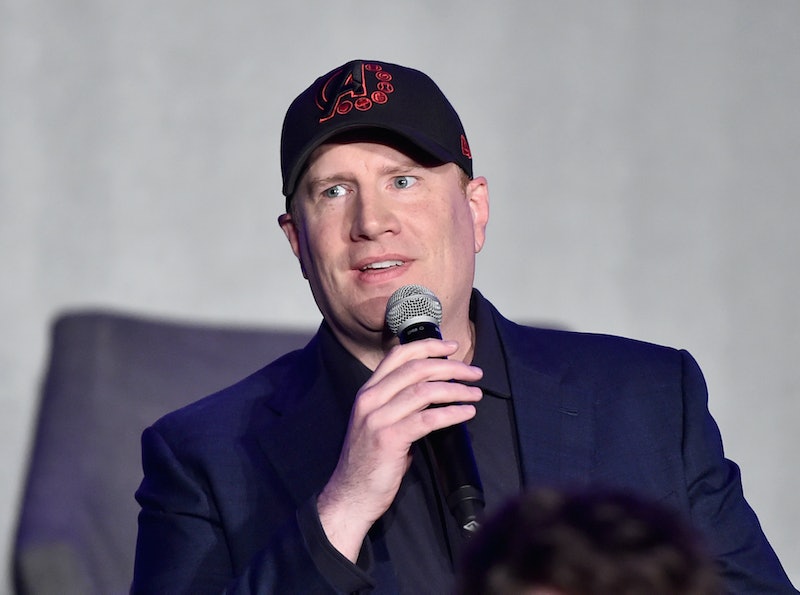 There's no doubting that the Marvel Studios is a massive force in the entertainment business. After 10 years and 20+ movies, their Marvel Cinematic Universe is unstoppable and, quite frankly, unmatched in their ability to bring comic book superheroes to life on the big screen. So, fans won't be surprised to find out that, after Endgame, Marvel Studios has a 5 year plan for the MCU, going into Phase 4. This new era of Marvel movies will continue on with some characters fans already know and introduce some more, but fans hoping to see one specific Marvel franchise join the MCU might be disappointed with the plans.

In a new interview with io9, Marvel Studios President Kevin Feige shed a little light on what the next few years will look like for the MCU after Avengers: Endgame, which will mark the end of the initial arc of the original six Avengers' stories. This end of an era, as well as the merger between Disney and Fox, has had many fans wondering if it's finally time for the X-Men to join the MCU. One of the consequences of the merger is that it will bring X-Men back to Marvel Studios after years spent at Fox, allowing the characters to be put on the big screen as part of the MCU. Unfortunately, while Feige did confirm that he had a plan for what's ahead post-Endgame, he doesn't see X-Men joining any time soon. “It’ll be a while. It’s all just beginning and the five-year plan that we’ve been working on, we were working on before any of that was set,” Feige said. "So really it’s much more, for us, less about specifics of when and where [the X-Men will appear] right now and more just the comfort factor and how nice it is that they’re home. That they’re all back. But it will be a very long time.”

Feige also made it clear that the next five years will not be a direct equivalent to the last 10. “The slate that we’re building over the next five years [is] not apples to apples,” he said. “It is two very distinct things and I hope they’ll feel very distinct." In terms of what specific movies this next Phase will include, Feige told IGN that he'd very tight-lipped until after Endgame out. And this includes whether the MCU will make an appearance at San-Diego Comic Con as well. “I don't wanna be annoying, but I think it ... In a certain way, that is also sort of a post-Endgame spoiler,” Feige said.

Despite Feige's refusal to give any details, fans do know some of what's coming from the MCU. Spider-Man: Far From Home, for example, will be released in July, and has already been confirmed to pick up five minutes after Endgame. So it might be safe to say that Phase Four will begin with the next Spider-Man movie, and then go from there.

There are a few other sequels in development as well, including Black Panther 2 and Guardians of The Galaxy Vol. 3. And, after the record-breaking success of Captain Marvel, it seems safe to assume that a sequel to that movie will also be coming soon. There's also the long-rumored Black Widow movie, that is rumored to start shooting later this year.

Whatever Phase 4 entails, it'll be full of movies that continue the MCU's track record of turning out blockbuster hit after blockbuster hit. MCU films shatter records and tell these characters' stories in larger-than-life ways, and that's definitely a given in any phase of the MCU.