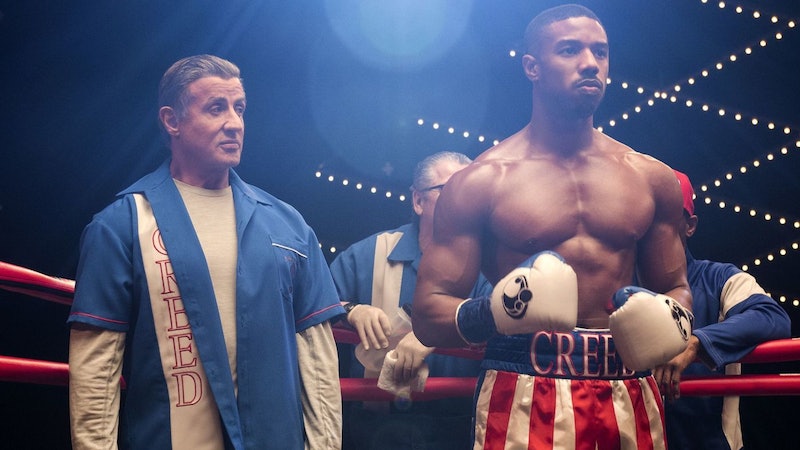 Creed was an unexpected success in every aspect, being the the second feature from a young director just off an indie success, a revival of a franchise so sequeled-out it was repeatedly mocked for the fact in pop culture, and a star-making role for a young actor later vaulted to superstardom with a Marvel Universe mega-hit. With Creed II about to hit theaters on Nov. 21, will lightning strike twice? And given how the film calls back to the original Rocky, will there be a Creed 3 and beyond?

While no plans have been announced yet for a third film, there's enough set-up and possibility to excite the hopes of anyone who loves an underdog. Like his predecessor (and film school friend who recommended him as the director for the new installment) Ryan Coogler, Creed II director Steven Caple Jr. also had a lone feature (The Land) under his belt before taking on directing and writing duties for the Rocky sort-of sequels. Talking to IndieWire, Caple says he was nervous taking over a sequel with such high fan expectations, but pointed out that choosing a project for him "is about personal connections and feeling good about my environment...With Creed, you have people like Ryan Coogler, Mike [Michael B. Jordan], Tessa [Thompson], people of color, who are making a project together, collaborating. That’s why this project particularly was important for me to do."

Caple's slate is currently wide open, according to IMDB, but whether or not he'll follow Coogler again into bigger budget films depends entirely on the work. "’I'm not necessarily chasing a Marvel movie or anything like that. It’s about chasing projects that I’m just personally attached to,” he told IndieWire. Whether or not a potential Creed 3 fits the bill remains to be seen. Ryan Coogler's slated to direct Black Panther 2 and is unlikely to re-helm any Adonis stories, but there's also the possibility Sylvester Stallone himself could take up the director's chair on a third film.

Stallone was originally set to direct Creed II before Caple took over, and he's clearly invested in the future of the franchise. Way back at a press conference for Creed, Sylvester Stallone told Daily Mail of playing Rocky Balboa again that "there's more to go. I would like to follow this character until eventually he's an angel." That seems to hint that Rocky comes through the sequel pretty intact, and there's clearly more in store, at least in Stallone's mind.

Detractors at Slate point out Creed II feels more like a sequel of yore, in that it's mining the goodwill from its predecessor for all it can get, instead of doing the necessary world building work to set up another film after it. That's what eventually killed the original Rocky franchise, with Rocky V slandered by critics as lazy and unimaginative and putting the series on ice until Rocky Balboa's nostalgia-fueled capper. Creed shook up the series with fresh faces and refocusing on why people loved the original Rocky — real relationships, real heart, and the emotions outside the ring. Creed II's been lauded for giving weight and empathy to former villain Ivan Drago and his challenger son; whether Creed will see a third film depends entirely on how much it can get viewers to care about who's getting in the ring and why.