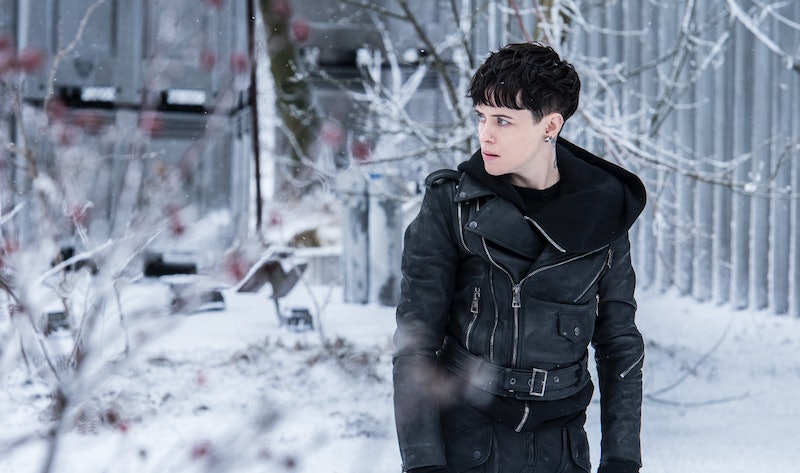 The Girl in the Spider's Web is the fourth book in the Millennium series, which was created by Swedish author Stieg Larsson. According to The Guardian, Larsson had written down the outline for 10 books in total, but he died of a heart attack in 2004 before any of the books were published. The three books he'd written — The Girl with the Dragon Tattoo, The Girl Who Played with Fire, and The Girl Who Kicked the Hornets' Nest — were all published posthumously in 2005, 2006, and 2007, respectively. After this, the series was continued by another writer, David Lagercrantz, who wrote two more books: The Girl in the Spider's Web (2015) and The Girl Who Takes an Eye for an Eye (2017). A sixth book by Lagercrantz is planned for release in 2019.

As for how this relates to the movies, the first American adaptation of the books was The Girl with the Dragon Tattoo, which was released in 2011, starred Mara and Craig, and was directed by David Fincher. (All three of Larsson's books have already been adapted into movies in Sweden starring Noomi Rapace and Michael Nyqvist.) Originally, the plan was for the same stars and same director to carry on with two sequels based on Larsson's two other books. As reported by Collider, Fincher even said at the time of the first movie's release that the sequels could end up being shot back to back.

Obviously, that didn't happen. Mara told E! Online as recently as 2015 that she was still interested in reprising her role, but over the years the production stalled (possibly due to a combination of reasons as explained in depth by Den of Geek) and then the decision was made by Sony to do a reboot/sequel with The Girl in the Spider's Web.

The new film is considered a sequel to The Girl with the Dragon Tattoo, but also a reboot because there's a new director, Fede Álvarez, and new stars; Claire Foy and Sverrir Gudnason take over for Mara and Craig. As reported by Screen Rant, Álvarez explained his reason for wanting to use a new cast on Twitter:

All of this is to say that, yes, The Girl in the Spider's Web could have a sequel because, one, there are more books, and two, doing multiple movies had been the original idea. Of course, the new movie will have to come out first and do well for that to happen. And, as shown by the seven-year gap between Dragon Tattoo and Spider's Web, things don't always go to plan.

More like this
Everything You Need To Know About ‘Black Panther: Wakanda Forever’
By Bustle Editors
Christian Bale Sang With Taylor Swift & His Daughter Can't Believe It
By Radhika Menon
Lindsay Lohan & Jonathan Bennett Celebrated Mean Girls Day Very Differently
By Jake Viswanath
Everything To Know About The Long-Awaited ‘Community’ Movie
By Stephanie Topacio Long
Get Even More From Bustle — Sign Up For The Newsletter