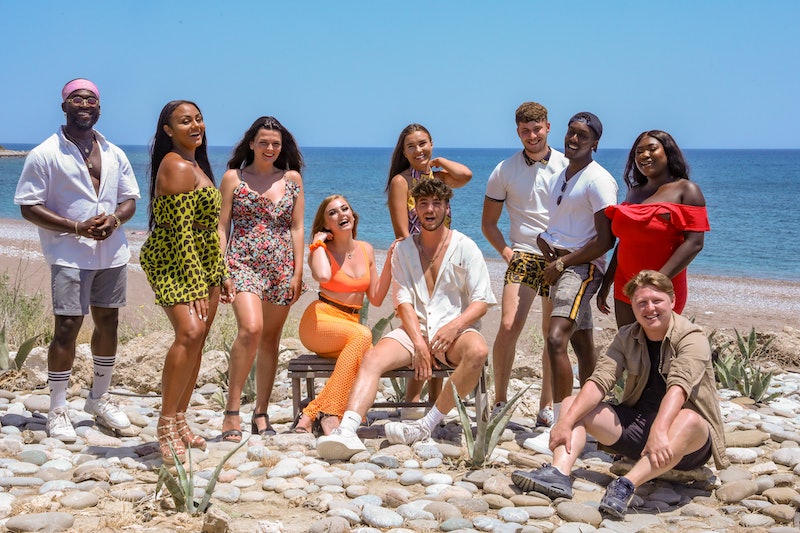 Heartbreak Holiday, a show which has become known as the BBC's answer to Love Island, follows ten singletons as they embark on the "summer of a lifetime" while exploring various Greek islands. However, as the title suggests, there is a lot more to this brand new reality show than watching a group of twenty-somethings frolicking in the sun, and the first series is now available to stream on BBC3. But will there be a Heartbreak Holiday Season 2?

As it stands there has been no official announcement in regards to a Heartbreak Holiday series 2. However, the first season is about to wrap up, so news of a second outing could be on its way soon — but just to be sure, I have reached out to the BBC for comment and will update with any new information the minute it becomes available.

If you're unfamiliar with the BBC reality series, the format of Heartbreak Holiday sees ten strangers jet off on a trip around the Greek islands — and each of the contestants have one thing in common: heartbreak. Part of the show's official synopsis reads, "In each episode, they will be joined by a surprise visitor from home who will force them to confront their past head on and help them move on with help from their new-found friends. We'll see every video message home or OMG text to their exes, revealing hidden layers as our group get to know each other. Be prepared for drama, reality checks and secrets to be revealed as temperatures rise on Heartbreak Holiday..."

While the series has drawn comparisons to ITV2's reality smash Love Island and MTV's Ex On The Beach, the format of the BBC series differs greatly when it comes to contact with the outside world. As reported by the Daily Mail, the seven-part series documents the Heartbreak Holiday singletons as they set out on a televised trip to some idyllic Greek islands, and breaking with typical reality TV norms, contestants are given full access to their mobile phones throughout the duration on the show.

Filming of Heartbreak Holiday took place on various Greek islands such as Mykonos, Crete, and Santorini — and the series originally aired over the course of one week, with a new episode debuting on BBC Three each night.

Due to initial Love Island comparisons, it's no surprise that Heartbreak Holiday has stirred up quite the viewer reaction on social media. Many fans of the BBC series have welcomed this latest addition to the reality TV universe with open arms, whilst others have praised the show's inclusive line-up — an issue brought up during the fifth series of ITV2's Love Island.

The first season is now available to watch on BBC iPlayer, and if you've been suffering from post-Love Island blues (because quite frankly, who hasn't?), this fantastic BBC series is most definitely the one for you. So, with a bit of luck, Heartbreak Holiday will be back in the summer of 2020 for a second run. Fingers crossed.