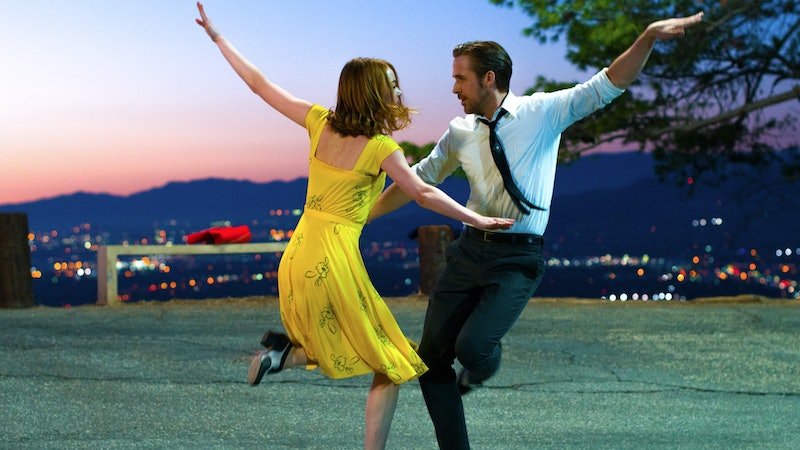 The romantic musical La La Land captured the imagination of moviegoers around the world back in 2016. The film starred Emma Stone and Ryan Gosling as a pair of young Hollywood dreamers, who fall in love despite the harsh realities show business thrusts upon them. The critically acclaimed film enjoyed massive success, both at the box office and the music charts, and managed to dominate the 2017 awards season. But will La La Land get a sequel?

To the disappointment of many, there has been no news of a sequel just yet, and if comments made by the film's director are anything to go by, it could be a while longer before he's willing to revive the story of La La Land. In an interview with the Guardian, the movie's director, Damien Chazelle, revealed how his creative process usually involves deviating from his previous work. During the interview Chazelle discussed his experience of working on the 2018 film First Man, and his remarks left little hope for a potential sequel. He said "I liked doing something that felt like the polar opposite of La La Land, just as La La Land felt like the polar opposite of Whiplash, at least emotionally. But I was also just interested in exploring a different world – this was my first time doing something that wasn’t directly tied to my own life experience."

Of course, this is nothing concrete, and in the future there may well be a second outing of the Oscar-winning flick. But for now, we'll just have to enjoy the original 2016 hit, and if you haven't yet seen t he film you're in luck, because La La Land will be airing this Saturday (February 23) at 9.00 p.m. on BBC Two.

As previously reported, La La Land was adored by fans and critics alike, and secured 14 nominations at the 89th Academy Awards. According to the Metro, the film tied with Titanic and All About Eve for having the most nominations for a single film, and went on to win an impressive six awards.

During what turned out to be an eventful night, Emma Stone, who played the character of Mia Dolan in the film, won Best Actress in a Leading Role. And after a major gaffe that saw La La Land mistakenly announced as the winner of Best Picture, Stone shared her admiration for the eventual winner, Moonlight. According to Variety, she said "I f***ing love Moonlight! God, I love Moonlight so much! I’m so excited for Moonlight. Of course it was an amazing thing to hear 'La La Land’ [named best picture]. I think we all would’ve loved to win best picture. But we are so excited for Moonlight. I think it’s one of the best films of all time, so I was pretty beside myself."

The actress then looked on the bright side of being part of the biggest mistake in Oscars history. Speaking backstage after the ceremony, she said "Is that the craziest Oscar moment of all time? Cool! I guess we made history tonight. I don’t even know what to say. I was still on such a buzzy train backstage that I was on another planet already. This felt like another planet. I think it’s an incredible outcome but a very strange happening for Oscar history."

More like this
Here's How To Stream 'Downton Abbey: A New Era' & The New 'Downton' Channel
By Alice Broster and Sam Ramsden
At 28, Emma Thompson Was Already A Star — But Unhappy In Love, Actually
By Olivia-Anne Cleary
'The Undeclared War' Spotlights The Real-Life Threat Of Cyber Attacks
By Maxine Harrison
Paramount+ Wants To Take Over Your Netflix
By Sophie McEvoy
Get The Very Best Of Bustle/UK