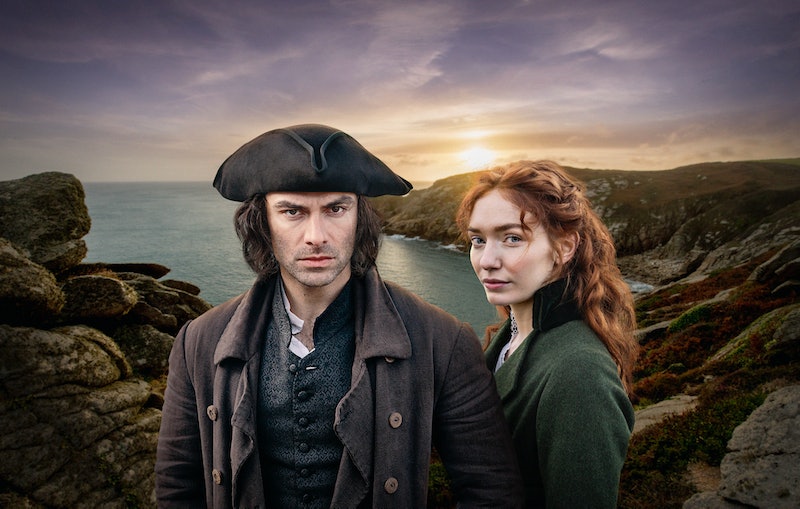 With the bank holiday weekend fast approaching and a heat wave due to hit the UK it only means great things for beer gardens and outdoorsy plans. However, it’s not so good if you’re a fan of Poldark and were planning on having a few cosy evenings in. The penultimate episodes of series five will air over the August 2019 bank holiday weekend and fans have been eagerly awaiting the series finale. But will there be a Poldark season six?

Unfortunately, if you’re a fan of Ross Poldark, you may want to savour these last few episodes of season five, as there won't be any more Poldark after that. I know, I know.

Poldark's built up a massive fanbase over the last five series which makes it all the more sad when the BBC and writer Debbie Horsfield announced that series five would be the final series. In a statement she said, "it feels strange, and a little sad, to be approaching the transmission of series five knowing that we won’t be returning to Cornwall, but it’s been an extraordinary journey for all of us and we feel truly fortunate to have lived with these characters and stories for so long." Queue Poldark fans hearts breaking everywhere.

Speaking about her writing in a statement, Andrew Graham, son of Poldark's author Winston Graham said, “Debbie Horsfield has demonstrated such an extraordinary affinity with his work and has shown such remarkable skill in bringing his Poldark characters to the screen that we know we are in safe hands. Indeed, without her, the Estate would not have agreed to series five in this form."

While series five marks the end of Poldark, fans still have a lot to look forward to. The penultimate episode will be shown on Aug. 25 at 8:30 p.m. on BBC1. And you won’t have to wait long to see what happens in the finale as that will be aired on Aug. 26 at 8:30 p.m.

It's sad to see this series go, but, boy, what a send off we're having. Season five of Poldark has been electrifying, with Ross Poldark returning to Cornwall from Westminster. However, his past is never far behind him and as old friends have needed help, he has had to battle between his loyalties to king and court and those he cares about.

Speaking about the series in a statement Aidan Turner (who plays Poldark) said, “when we started Poldark we aimed to complete the majority of the books that we could, which would likely take us up to series five. So during filming for this series there was a sense of completion and relief that we made it this far, that the show has been successful and that people enjoy watching it.” He continued:

“Walking on to set this year was different; when we would visit a specific location knowing that it would be the final time it was crazy, the whole series was emotional in that sense.”

It would seem that cast and crew managed to get the closure they wanted from the series. As filming ended in February 2019, the cast posted a ton of pictures together on social media. This is all a little bit too sad.