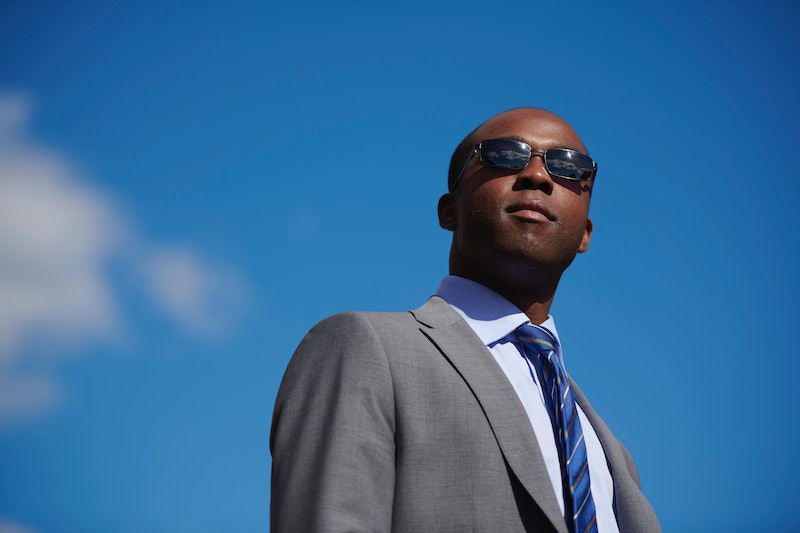 ITV's new three-part psychological drama Sticks & Stones centres on the competitive world of middle management, and follows the story of a hard-working father and husband, who struggles to hold onto a mostly successful career. The series is brought to us from the writer of BBC's Doctor Foster, and stars the likes of Ken Nwosu and Ben Miller. But will there be a Sticks & Stones season 2?

Any news regarding a second run is yet to be announced by ITV, but I have reached out the broadcaster for comment, and will update with any new information when it becomes available. However, considering the show only debuted on Monday, we could be waiting a while before we hear anything.

The new series debuted on Dec. 16 on ITV, and will air for three consecutive nights, before concluding tonight (Dec. 18). Sticks & Stones is set within a Reading business park, and as the show's synopsis explains, focuses the personal and professional life of Thomas Benson, who has becomes reliant on winning pitches and hefty bonuses throughout his career. However, a less-than impressive pitch leads to an almighty fallout, and the pressures of work life begin to catch up with Benson. As he begins to lose control, feelings of paranoia later force Benson to believe that somebody might be out to get him, and Ken Nwosu find himself at the helm of this gripping ITV drama.

Joining Nwosu in the show's cast is Death in Paradise star Ben Miller, as well as Susannah Fielding, Sean Sagar, and many more. According to the Radio Times, the three-part series is directed by Julia Ford, and produced by The Witness for the Prosecution's Colin Wratten — and as mentioned previously, Sticks & Stones was penned by screenwriter and playwright Mike Bartlett, who is perhaps most notable for his work on Doctor Foster and Trauma. Speaking of his latest work, Bartlett explained that it "feels fantastic" to write a story which "explores the potential cruelty of commercial competition," before promising the series will explore the effect that cruelty can have on our "psychology and humanity."

The first season of Sticks & Stones wraps up on Wednesday, December 18, at 9 p.m. on ITV, and fingers crossed the psychological drama comes back for another run down the line.