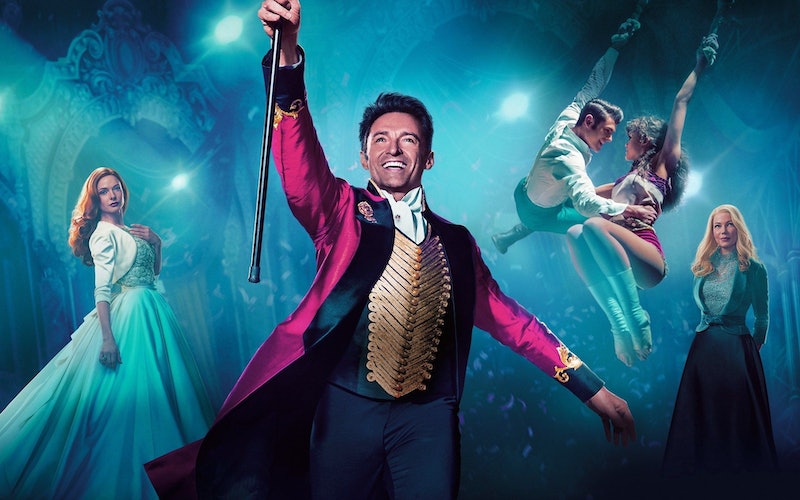 Hugh Jackman, or Huge Jacked-man as some may know him, has had a pretty wildly successful career. Oh Wolverine you absolute mega babe and hero. Swoon. The talented Australian actor is not only flamed for flexing his muscles, but also flexing his vocal chords. Yes, he is a two-for, being able to both act like a bad man and also sing his heart out. His latest comments in an interview though has fans wondering, will there be a Greatest Showman 2?

Well guys, where there is a will there is an absolute way and it looks like Jackman is completely down with it. He admitted during an interview on Radio 5 that if all the stars aligned he would be up for another crack at his character, P.T. Barnum.

"If a genuine opportunity came up where it felt like the right thing to do, then yep, I'd get the top hat back out. It's clear to me and to everyone that people love these characters. I loved this movie, I loved this character and it was one of the great joys of my life".

Well it would probably be the joy of fans of the movie too, considering it grossed a pretty bonkers $435 million and had officially the largest grossing soundtrack of 2018, as IndieWire reports.

The film is the story of famous circus impresario P.T. Barnum and how his show was the greatest one. I guess the name gives that away. Anyhow, this story of his life may be pretty heavily fictionalised but boy oh boy does it give shed loads of entertainment. It tells of a man so desperate for success that he used his imagination and hard work to push the boundaries and see what it is to be a true maverick in the world of performance. He puts his personal and professional life on the line when he gets a high end opera singer on the bill. This film is visually pleasing and is a wonderful example of outsiders finding their place and being celebrated for what makes them different.

The film and soundtrack were such a flipping hit that cover version of the soundtrack was made with other famous singers like Pink and Craig David singing out their own renditions of the catchy AF soundtrack.

Jackman is being pretty clear about his love for the character and the musical, but y'all it doesn't stop there. He is going on a world tour titled The Man. The Music. The Show. Starting off in Spring of this year it will be a must see for any true fans of the movie, and will see him singing songs from both The Greatest Showman and Les Miserables, live and in front of a huge audience singing along. I know right, pack your microphone.

So, in terms of getting this sequel off the ground, what is stopping the team from getting back together and making magic happen? Jackman revealed that it is to do with the production company changing hands and things being a little confusing right now. "The company that did it has been sold to Disney, so there are a lot of spinning plates right now," he explained.

So I guess now we wait. In the mean time, get to practicing the tunes from the first movie because you'll need to have them in tip top shape if you are going to prep for a new one.