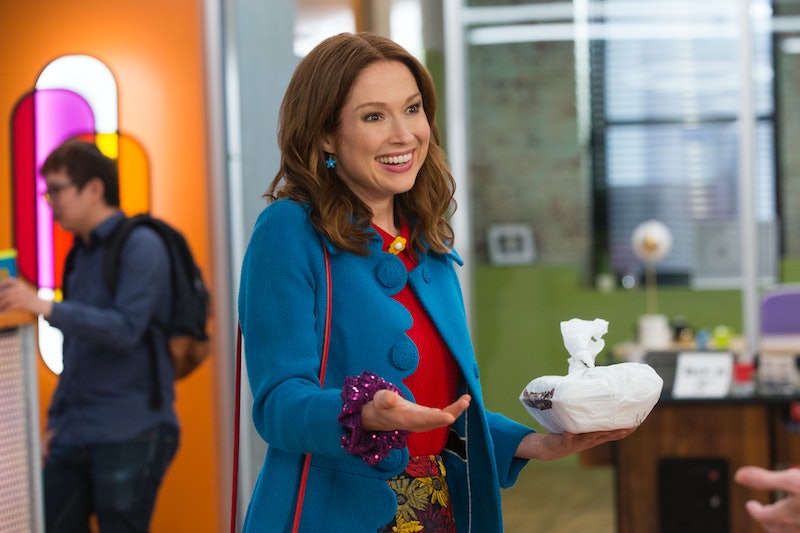 It's always hard to see a beloved series come to a close, and Unbreakable Kimmy Schmidt is no exception. For the past four seasons, we've watched Kimmy blossom into a modern-day woman and enjoy life outside the bunker while meeting some great friends along the way. So now, with the release of the second half of the show's final season, one can't help but wonder if this is really the end of this unforgettable journey. Thankfully, the possibility of an Unbreakable Kimmy Schmidt movie is something showrunners Tina Fey and Robert Carlock are seriously contemplating.

"We now have a shorter runway than we originally thought we would and don't want to overstuff it and rush it," Carlock told The Hollywood Reporter in May 2018. "And there are things that I think would be fun to hold off for kind of a big epic finale in feature form."

However, in regard to figuring out whether this potential film would stream exclusively on Netflix — Kimmy Schmidt's home for the last four years — or have a theatrical release, too, is something that still needs to be figured out further down the line. "I don't know. That's a good question," Carlock said in the same interview. "I think it's probably just for the platform. Sometimes they do both but I don't know if we've gotten down to crossing those T's just yet."

But if you're worried that the potential movie means Kimmy's story will be left open-ended, fear not. Fey promises that the show's ending will bring all of the character's arcs to a satisfying conclusion. "If we're lucky enough to get to do the movie, I think it would be a stand-alone idea," Fey said during a separate Hollywood Reporter interview in August. "So we were able to complete some arcs for our characters in the upcoming half of the season."

"At the same time, we knew that there were threads and themes in the show best suited to the scale and scope of a feature. For example, did Titus ever purchase that box of capes from the medical supply store?"

Obviously, the possibility of not saying goodbye to these characters for good is very exciting, and something that seems to be becoming more and more popular these days. In the age of television reboots, beloved series of the past have been able to be brought back to life and prove to be just as good as ever (Looking at you, Will & Grace!). And now, shows like Downton Abbey are coming back in movie form, which still includes a majority of the original cast and their respective characters. So Kimmy's odds are looking pretty good right now, especially since Fey and Carlock are already discussing the idea so fervently before the show has fully come to a close.

Will it actually come to fruition? We'll just have to wait and see, but from the sound of things, the final season may not be so final after all.