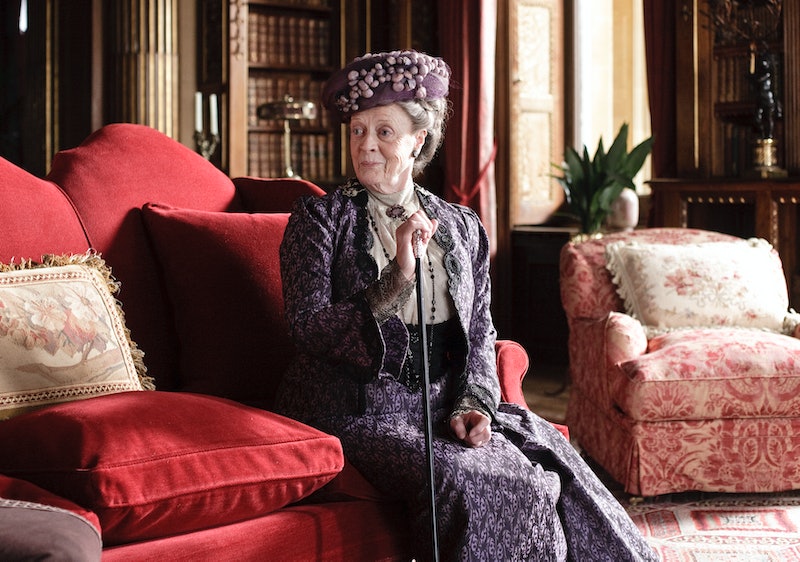 Courtesy of © Carnival Film and Television Limited for MASTERPIECE

Hold onto your bowler hats. On Friday, Focus Features announced that the long-rumored Downton Abbey movie is officially happening, according to Deadline. Production is due to begin this summer, and the original cast is all set to reprise their roles, so get ready to return to Yorkshire with all your faves.

Fans have been speculating about the possibility of a full-length adaptation of the beloved show, which followed the lives of Crawleys and their household staff in the 1920s, since the series wrapped its sixth and final season in 2015. And finally, three years later, the project has officially been confirmed. According to the report, the show's creator, Julian Fellowes, wrote the film's screenplay and will executive produce along with Liz Tubridge, Nigel Marchant, and Gareth Neame, and Brian Percival, who directed the very first episode of the series, will helm the project.

"When the television series drew to a close it was our dream to bring the millions of global fans a movie and now, after getting many stars aligned, we are shortly to go into production," Neame said in a statement, according to E! News. "Julian's script charms, thrills and entertains and in Brian Percival's hands we aim to deliver everything that one would hope for as Downton comes to the big screen."

Some of the show's cast also took to social media to share the news.

Joanna Froggatt, who played Anna Smith on the PBS series, which aired on iTV in the UK, tweeted, "Delighted to announce we’re getting the band back together!" She also shared a picture of herself with co-stars Michelle Dockery and Maggie Smith, who played Lady Mary Crawley and Violet Crawley, Dowager Countess of Grantham, respectively.

Dockery followed suit, posting a photo of herself in costume with the caption, "The secret’s out... Thrilled to announce that #DowntonAbbey is coming to the big screen. Filming to commence this summer."

Meanwhile, Hugh Bonneville, who portrayed Robert Crawley, Earl of Grantham, simply wrote, "2019 #DowntonAbbey" alongside a photo of a server holding a platter with an note that read, "We cordially invite you to return to Downton Abbey," and beneath that said, "Only in Cinemas." Bonneville's tweet seems to confirm that the film will film this summer and be released sometime in 2019.

Fan @metalwithdust wrote, "THERE IS GOING TO BE A DOWNTON ABBEY MOVIE MY LIFE IS COMPLETE AGAIN," while @NathWrites said, "A Downton Abbey movie?! This year just started looking up!" along with a heart emoji. Meanwhile, @adkinsdockery tweeted, "DOWNTON ABBEY MOVIE IS ACTUALLY GONNA HAPPEN AND THIS IS THE BEST NEWS I HAVE RECEIVED TODAY AND IN A LONG TIME".

While specific plot details are being kept under wraps, the movie will no doubt include plenty of drama between Mary and her sister, Lady Edith, played by Carmichael, and more witty one-liners from Smith's Dowager. (No news on whether Matthew, aka actor Dan Stevens, will return for the feature film.)

The show's team has been teasing the project for quite a while. "Our position on that is we would be very interested in that. It is definitely something we're contemplating. It would be great fun to do. I think it would be a wonderful extension of everything that people loved about the TV show, but I can't confirm that it's definitely going to happen," Neame told E! in 2015. "We shall see."

Three years later, it's really happening, and while a specific release date has not yet been announced, it's safe to say that viewers will be seeing more of the Crawley family very soon.

More like this
Everything To Know About The Long-Awaited ‘Community’ Movie
By Stephanie Topacio Long
12 ’90s Movie References You Missed In 'Do Revenge'
By Radhika Menon
Paul Mescal, Man Of Mystery
By Samantha Leach and Heather Hazzan
Olivia Wilde Addresses *Those* Florence Pugh & Shia LaBeouf Rumours
By El Hunt and Sam Ramsden
Get Even More From Bustle — Sign Up For The Newsletter