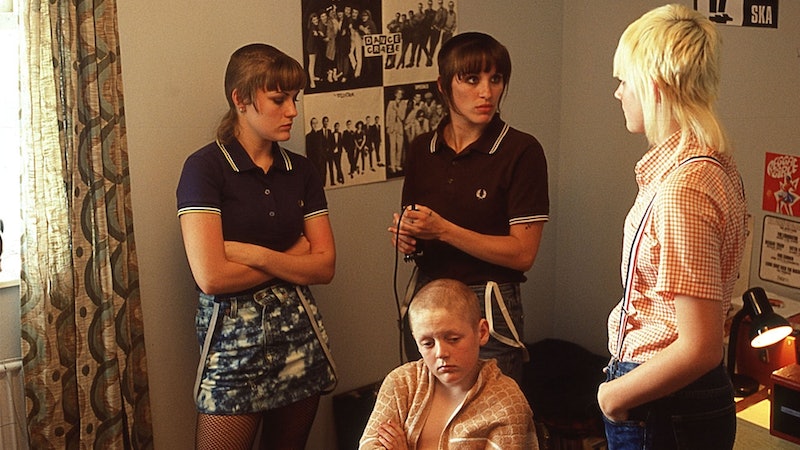 This Is England director Shane Meadows is about to debut his latest television project The Virtues, which follows the story of a man who travels back to his roots in order to confront the troublesome memories of his childhood. The four-part Channel 4 drama stars actors Stephen Graham and Helen Behan — both of whom have also appeared in the This Is England film and television series. But the question is, will This Is England return to TV or for a sequel film?

Fans of the iconic franchise might be disappointed to learn that there has been no announcement in regards to a This Is England reboot. I have reached out to Channel 4 for comment on the matter, and will update with any new information once it becomes available.

As Metro reports, the original This Is England film was released back in 2006, and tells the "controversial cult story of a group of skinheads." The film was then revived for three television miniseries, which were based in 1986, 1988, and 1990, respectively. Although no plans have been made for the Channel 4 production to return, one of the show's stars has revealed that they would indeed "be up for" a This Is England reunion.

Actor Thomas Turgoose, who played Shaun Fields in the series, has previously expressed his interest in This Is England's potential return, Metro reveals. "It would be great and we'd jump at the chance to work together again," Turgoose told the newspaper in Nov. 2018, before continuing:

"It’s become a cult series which is something we never expected, Stephen playing Combo has become this icon and Shaun is very recognisable. When we did This Is England 90, years ago, to think the characters haven’t been on screen for five years yet I think there isn’t a day goes by where someone isn’t saying on social media they’re watching the series. If you’re on the street, in the pub, people are still coming over saying they love the series."

Fans were delighted to see a reunion of sorts at the start of 2019, when the This Is England cast got together for Turgoose's wedding. The actor posted a picture of the group with the caption "Family ♥ #TIE."

And Turgoose isn't the only one giving fans hope for a reunion, because, as reported by the Independent, the series director Shane Meadows has previously hinted that This Is England might one day return. He said, "There is one This Is England left. I've got one last idea for This Is England but as a film that can be split as a hybrid. Because it started in cinemas and ended up on TV, I would love to finish off with one feature-length episode people can watch in the cinema or on TV the same night."

As previously mentioned, Meadows' latest TV venture The Virtues will premiere on Channel 4 this week (Wednesday, May 15) and features actor Helen Behan as Anna, a wife and mother from Ireland who is reunited with her estranged brother Joseph (Stephen Graham). According to iNews, Behan's portrayal of the character was inspired by her own experience of reuniting with her real life long-lost brother. Speaking of the filming process, she revealed: "I remember seeing my brother for the first time and used that sentiment. Someone who's a total stranger but you’re connected with by blood and certain tics and characteristics that make them yours. When we came to shoot, Shane had three or four cameras in the room — and I just let it all fly out emotionally. When it came to its natural conclusion, he flew into the room and said, 'Please tell me we got all of that'."