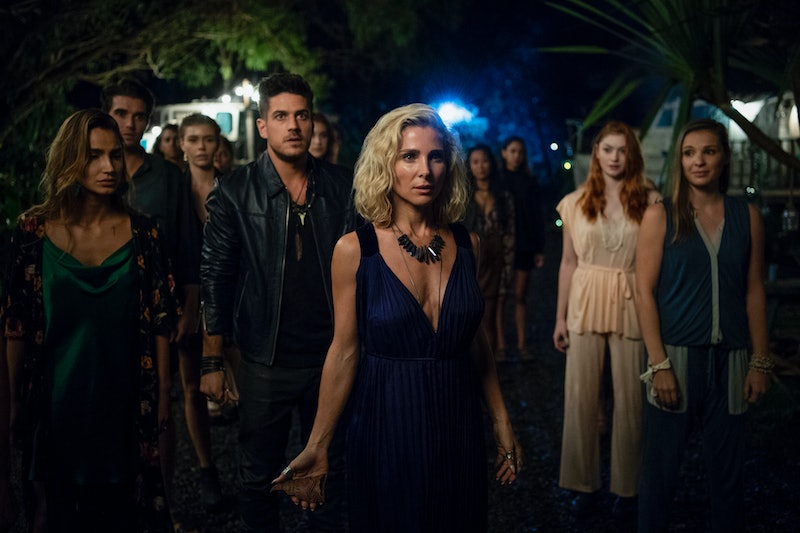 The debut of Tidelands on Netflix marks the streaming platform's first ever original series from down under. While Netflix has previously distributed or co-produced Australian shows like Glitch and Pine Gap, Tidelands marks the first television series from the country that is produced and distributed exclusively by Netflix. The supernatural thriller promises scares and intrigue, but viewers who get invested in the goings-on of Orphelin Bay will surely be wondering if Tidelands will return for Season 2. Netflix has not released any news on whether or not the show will be returning for another season, but if the show finds an audience in Australia, international fans could reap the benefits of seeing additional seasons ordered.

Tidelands tells the story of the remote fictional Australian fishing village Orphelin Bay. Investigator Cal McTeer, played by Charlotte Best, begins investigating the appearance of a local fisherman's body that washes ashore, only to discover that the town's inhabitants aren't entirely what they seem. The denizens of Orphelin Bay are actually Tidelanders, a creature of Tidelands' own creation that are half-human and half-siren.

The show's unique premise may help it stick up amongst Netflix's seemingly endless collection of content, but supernatural dramas on the platform have found mixed success. Tidelands could end up being a runaway hit like Stranger Things or The Chilling Adventures Of Sabrina, or could be forgotten to the sands of time like Hemlock Grove and Sense8. Netflix hasn't announced if they're happy with the show's reception or viewing statistics, but Netflix seems happy to expanding its television empire into Australia.

Netflix VP International Original Series Erik Barmack told Deadline that "We’re proud these strong Australian storytellers are bringing their vision to the first Australian Netflix original series. We can’t wait to bring the mystery of Tidelands to our members around the world." Netflix's efforts towards making internationally-sourced original content has already taken them to Germany with the show Dark, England with The Crown, and Spain with Élite.

Netflix has covered a lot of countries before finding an Australian show to add amongst their original series, but Executive Producer Nathan Mayfield revealed to Now To Love that upon asking Netflix why they choose to produce Tidelanders, "[Netflix] said they'd been pitched a lot of stuff in Australia, but nothing that felt big. I think everything had felt true to an Australian audience, but [they] hadn't really thought about what it looked like as a global show."

Tidelands is striving to be a show that is designed to have worldwide appeal, opening it up to a potentially massive audience should the show find fans in all of Netflix's 190 countries. Mayfield also suggests that while Tidelands is global, it is also unique amongst Australian programming, saying that Netflix gave the writers the opportunity to "think big, be bold and play in worlds that are rarely seen on Australian TV — in crime, thriller and supernatural." Tidelands has not yet been confirmed for a second season, but the show's unique premise could be enough to find a devoted audience what would warrant another season from Netflix.