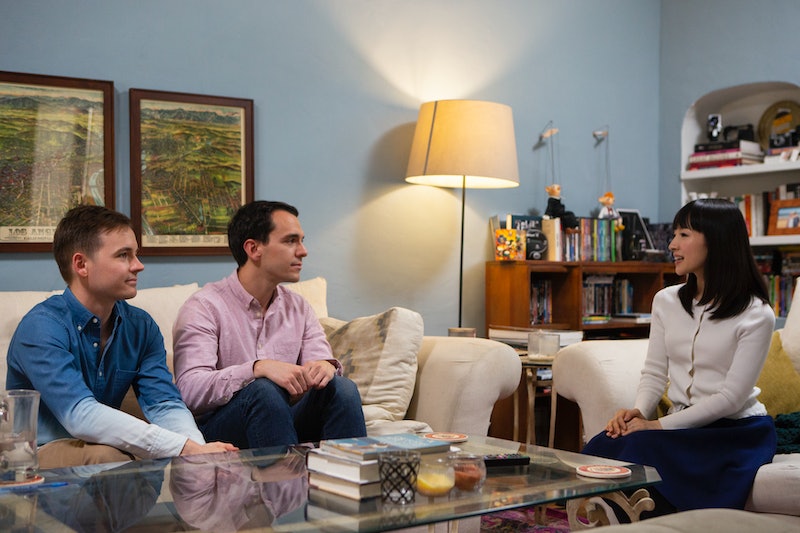 When it comes to decluttering your life, sometimes a little help can go a long way, which is why Netflix's new series Tidying Up With Marie Kondo will feel instantly relatable with many viewers. It turns organizing into an art form and makes what used to be an overwhelming process feel like actual fun. But since many of you are sure to fly through all 8 eights of Season 1, you may be curious about whether or not Tidying Up With Marie Kondo will return for Season 2 or if this is meant to be a one and done type of series.

At this point in time, the show's future is difficult to say with any kind of certainly. Right now the streaming service has yet to pick the series up for a second season, though honestly it's a little early for that to happen anyway. However, if the series proves to be popular enough and Kondo is available to go around organizing more people's homes, then there's a good chance more episodes could be in store. But again, nothing official has been confirmed, so be sure to savor every episode of the first season just in case this is all we get.

For those who have yet to watch the first season of the series and would like a little more information regarding what it's all about, the official synopsis of Tidying Up With Marie Kondo reads as follows:

"In the eight-episode series, Marie Kondo guides people who are at a crossroads, but willing to tackle the clutter holding them back to spark joy in their homes and transform their lives in emotional and surprising ways."

The same synopsis also went into further detail about the people whose lives Kondo will change as she helps them get rid of the unnecessary clutter in their lives:

"Tidying Up with Marie Kondo follows a loving family of four who have relocated to a Los Angeles apartment from a four-bedroom home in Michigan; a recently widowed woman grappling with how to let go of her beloved late husband's’ possession, but not his memory; a young couple living in West Hollywood who are ready to leave their college-style of living behind; as well as soon-to-be parents who realize it’s time to let go of the past to pave way for their future family."

If Kondo's work in the series proves to be a significant interest to you, it's important to note that she also came out with a book in 2014, titled The Life-Changing Magic of Tidying Up, which centers around more of Kondo's expertise and consulting advice. So even if the series doesn't get picked up for another season for whatever reason, there's still a lot Kondo can teach you about tidying up your life, both inside and out.

Netflix has made a habit of churning out some truly addictive projects, from lovable Christmas movies to reboots like Queer Eye, so a second season of Tidying Up With Marie Kondo could very well be possible if enough people wish for it to happen. So if you love the series, make your voices heard!