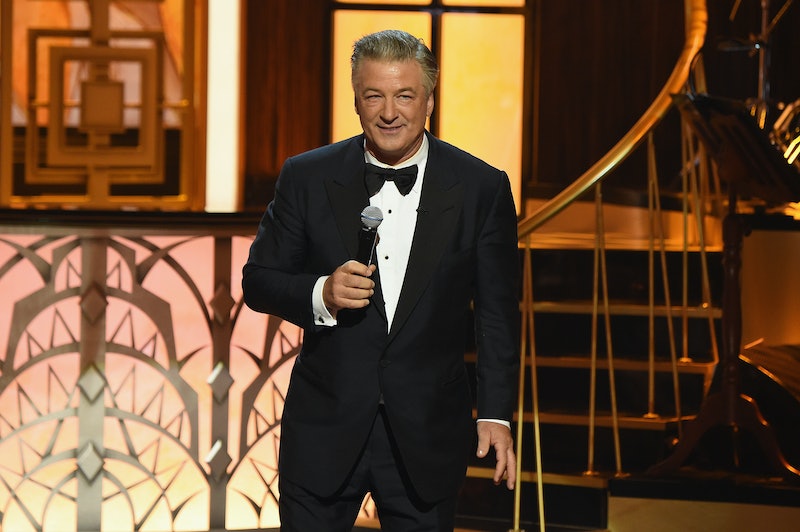 When the news broke that there was going to be a One Night Only: Alec Baldwin roast, I have to say, my first thought was: why? Baldwin has been plagued by so many self-generated scandals, from his angry, abusive voicemail to losing his shot at an MSNBC talk show over one of his many bigoted rants, that joking about his bad behavior almost feels indulgent. But instead of the typical collection of standup comedians collected to roast a celebrity, Spike decided to use his former costars from 30 Rock, and so I'm sure many fans of the NBC comedy tuned in to find out if Tina Fey would roast Alec Baldwin, after appearing at a similar roast for Don Rickles in 2014.

Unfortunately, the costar who had the most onscreen chemistry with Baldwin and co-created the series that gave him his most iconic twenty-first century role wasn't there. According to The New York Daily News, Tina Fey was unable to attend the roast because she was on vacation with her family, but didn't explain whether or not the actress and writer would have been interested in appearing if she wasn't busy. However, many other members of the 30 Rock cast, including Tracy Morgan, Jack McBayer, and Jane Krakowski, do appear, so it's still worth checking out the roast to see the former 30 Rock cast together again, even if Liz Lemon couldn't be there.

If anything, though, the special needs more of the savage, joke-heavy riffs expected in the typical 30 Rock episode. This is why Jane Krakowski's song is the highlight of the roast — her performance of a song predicated on the idea that she barely knows Baldwin at all feels exactly like something that would have been in an episode, especially because it ends with a punchline, rather than a last-minute reveal that Krakowski and Baldwin are actually pals (of course, that's exactly what the two actors say after the performance).

Morgan is the only one with standup comedy experience, so that's probably why he's able to make the most out of his punchlines, and his turn to sentimentality. Poor Jack McBrayer gets the short end of the stick, because while he channels Kennth the Page's enthusiasum, the real Alec Baldwin isn't as funny as Jack Donaghey, whose fictional biography was filled with so many absurd accomplishments that it made sense that Kennth was so thrilled to be his underling. That's less true for the real Baldwin.

So, Krakowski aside, the One Night Only: Alex Baldwin is disappointingly low on laughs, and it can't match the heights of 30 Rock. That may be because Tina Fey wasn't able to be there, or because a roast just can't recapture the magic of the most beloved sitcoms of all time.