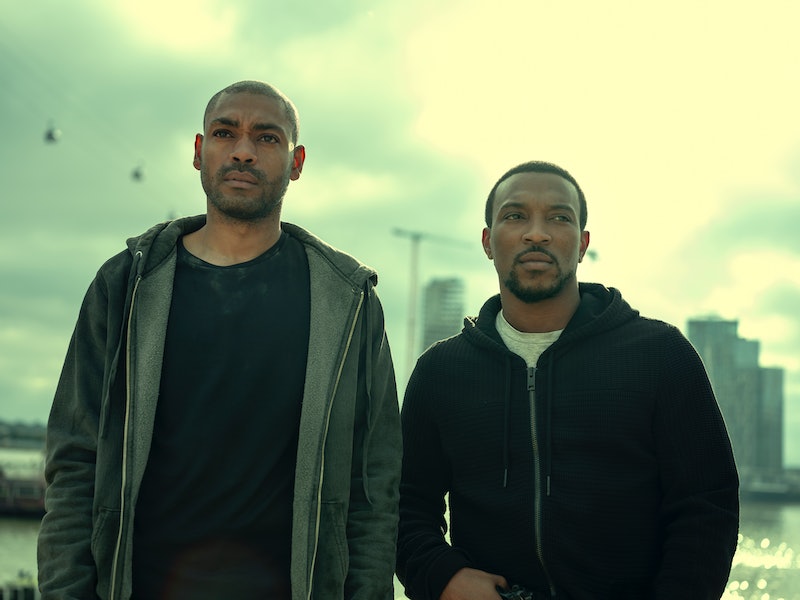 It’s been six years since the last season of Top Boy aired in the UK. But after an abrupt cancellation—Top Boy creator Ronan Bennett has said the decision “felt like a slap in the face to the community it was representing”—the series isn’t so much returning as being revived. And this time around it will be streamed on Netflix, for a global audience. The answer to the question of how this cult-favorite was resuscitated lies in the fine print of the opening credits, where Aubrey Drake Graham’s name will be among the executive producers. The rocky road to get these 10 new episodes, all available Friday Sept. 13, has people already wondering if Top Boy will return for another season.

The new episodes are set in Summerhouse — the same fictional east London housing estate fans will recognize from earlier seasons—and they follow the lives of the drug gang members who call it home. Also returning are breakout stars Ashley Walters and Kane Robinson as sometimes-rivals Dushane and Sully, joined by a raft of new cast members. The original series garnered critical acclaim and drew favorable comparisons to The Wire, but the most important fan of the show would turn out to be Drake, who last year stepped in as a kind of fairy godmother to the production.

"I have to confess that I hadn’t heard of Drake when I first heard that he was interested in helping us revive the show," Bennett tells Bustle, by email. Luckily, his kids clued him in and he met with Drake and his business partner, Adel Nur – AKA Future the Prince, last year at a London hotel. "Drake struck me as passionate, a little shy, humble but forceful. It’s a good mix. We want to be gasoline to your fire, he or Future said (I can’t remember which one). And that’s what they did."

Kane Robinson – AKA Kano, the rapper who plays Sully, told the Guardian that Drake was drawn to the show's music. "It wasn’t a shock that Drake liked it. What was more shocking was that when he posted about Top Boy, the reaction was mad. You’d wake up and have hundreds of messages.”

Ashley Walters, who plays Dushane, said in the same interview, "He understands the culture and saw that [the show] needed to come back. We were all on the same page‚ it just happens that he’s Drake.”

When it was time to approach Netflix, Drake did most of the pitch, remembers Bennett. "Usually the writer does the pitch, so for me it was kind of nice just to take a back seat. He was very impressive." And despite the years off the air, fans still seemed eager to return to the streets of Summerhouse. “I can’t even put petrol in the car without someone saying 'Yo, when they gonna do a third one?'” says Kano, in a new companion documentary.

At the time of its release, Top Boy was praised for its authenticity, a buzzword that feels ripped from 2019. The unique challenge season 3 faces is appealing to two distinct groups: new fans who didn’t have access to the original seasons until Netflix recently started airing them and the diehards who’ve been stopping Kano at the gas station for status updates. Drake, for one, seems confident in the show's ability to connect, despite the hiatus. “I’m sure we’ll all be together again,” he told the cast and crew at their first table-read. “When we’re winning awards and talking about how successful this is.”

As for whether Top Boy will return for a season 4, the show's creator sounds eager. "Are you kidding? Of course, I want to write more. There’s a lot more to tell." It's one thing to become top boy, but, as Bennett puts it, "holding on to a kingdom is a whole other story, for whoever wins. That’s what I’d like to tell next."

More like this
This First Look At 'The Gold' Shows Jack Lowden In A Whole New Light
By El Hunt and Sam Ramsden
You Might Want To Rewatch This Key 'On My Block' Scene To Understand 'Freeridge'
By Grace Wehniainen
The 'Freeridge' Cast Shared Their Hopes For A Potential Season 2
By Grace Wehniainen
Ashton Kutcher Wants Danny Masterson “To Be Found Innocent” In Rape Retrial
By Jake Viswanath
Get Even More From Bustle — Sign Up For The Newsletter
From hair trends to relationship advice, our daily newsletter has everything you need to sound like a person who’s on TikTok, even if you aren’t.