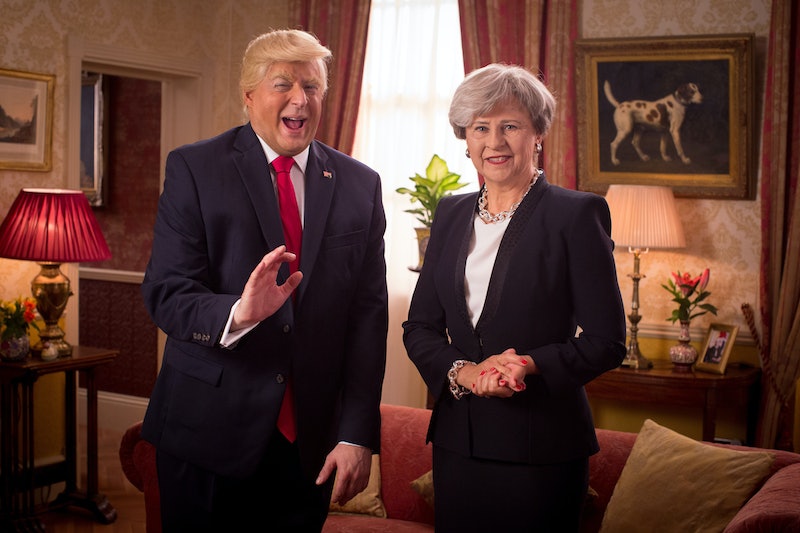 If it feels like Tracey Ullman has been on-screen for decades, it's because she has. Since breaking big in A Kick Up the Eighties back in 1981, she's appeared in over 50 shows and movies. And now, as her latest sketch comedy series wraps its third season, you have to wonder if the streak will continue. Will Tracey Ullman's Show return for Season 4?

Not to be confused with her previous series —The Tracey Ullman Show and Tracey Takes On... — Tracey Ullman's Show captures her same inexplicable, quirky impressionism with new characters and updated cultural references. Think Saturday Night Live, but more English and, well, not live. In some cases, working with a pre-taped format has actually made the show more difficult, especially amid today's rapidly-changing sociopolitical climate. In an interview with TVInsider, Ullman said that she has had to make last minute changes to episodes and sketches, which can be tricky.

Nonetheless, it's a great extension of SNL's timely comedy while still being original. The series, which premiered in 2016, has seen Ullman embody relevant public figures like Melania Trump, Angela Merkel, and Judi Dench. And it's scary how accurate (and funny) her impressions are, personality-wise and physically. "I have a face for change!" she told TVInsider. "Prosthetic artists say it’s my low forehead. That my nose is predominant, but my jaw isn’t. My eyes are small and inset. And I have a big head, so it’s good for wigs. On small heads, wigs look silly."

The premiere date of the show's third season was announced in August, per Deadline, so it may be a while until any official word of Season 4 is released. As of right now, the show hasn't been officially cancelled or renewed by the network.

Ullman has done plenty to prove that she's worth watching, though. She and her various projects have been nominated for too many Emmys to count, and Tracy Ullman's Show has received three nods alone — twice for Outstanding Variety Sketch Series. Ullman herself has been awarded six Emmys, mostly for outstanding performance and writing in comedy. Not to mention the fact that she's partially responsible for The Simpsons; the family first appeared in a recurring sketch on The Tracey Ullman Show, which aired on Fox. According to Mental Floss, the Ullman Show's co-creator James L. Brooks took the characters and developed them for the animated sitcom we all know and love today. Ullman attempted to sue 20th Century Fox for breach of contract to get shared profits for the show, but to no avail.

Still, The Simpsons' success is no match for Ullman, and as long as she's living, she'll probably be making great comedy. "I just like being other people all the time," she told The New York Times. "I don’t want to play myself. I don’t want to be myself. I never have. It’s not interesting to me." So whether Ullman's Show is renewed or not, expect to see her on TV in some capacity.