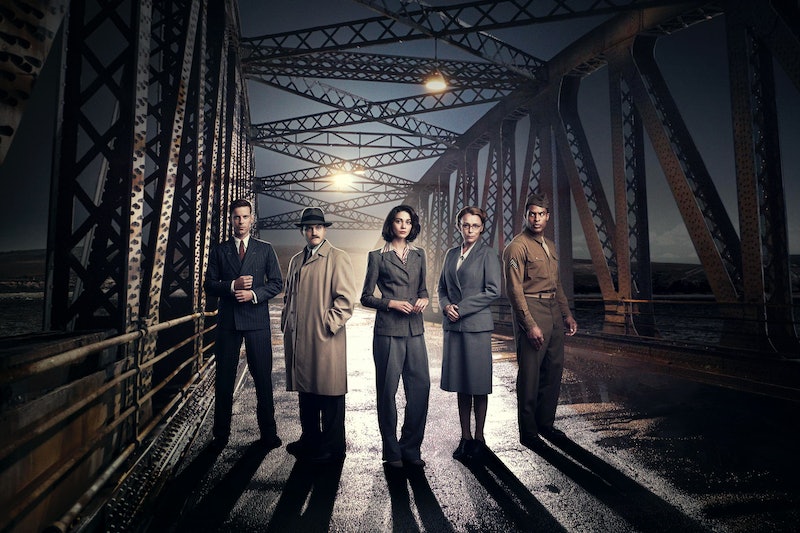 Set in 1945, where there's as much whimsy as there is drama, Traitors is the show that puts a nuanced and political twist on the typical spy thriller. The Channel 4 drama kickstarted 2019 with enough tension, character, and enough Keeley Hawes to fill the hole left by the explosively dramatic Bodyguard. Now that Traitors' first season is coming to a close, it's just another show you're going to be missing. But for how long? Now it's worth casting your mind forward and asking: will Traitors return for season 2?

Traitors, the show that happily distracted you from the cold wintry nights, will be capping off its six-episode run on Sunday, March 24 at 9 p.m. when Channel 4 will be airing its season one finale. If you've yet to watch it, then you can catch up with the show on Channel 4's On Demand service, which the Radio Times has recently given you all the more reason to do so, when they named it one of their best shows of 2019 so far. It's had a good run so far, so surely this spy thriller train won't come to an end, right?

While a season two of the show has yet to be confirmed, in my opinion, I think it's very unlikely that Traitors won't be renewed. According to Deadline, following its season finale, Traitors will be broadcast on Netflix globally from March 28, and I reckon that the show's commissioner won't be able to ignore the international demand for a second season, which I'm sure is going to happen once the world's digested the effortlessly slick first season. I also reached out to the show's representative to see if there's any official word, and will update this post when I hear back.

Traitors is mostly powered by a strong female energy, as it's the series which the Guardian has said lets "women have all the fun." Since it follows two professional women in the post-war period, it casts a light on womanhood both then and now, in a way that feels genuinely refreshing. It's definitely not something that I'd like to see the TV listings let go of.

Not dissimilarly to the Sandra Oh starring drama Killing Eve, Traitors has projected the female gaze onto what's historically been an ultra masculine genre — the spy thriller. "At its halfway point, though, Traitors kicks into gear, and it does so by finding its women," The Guardian writes. While its opening episode might have tricked you into thinking that this was just enough macho spy series, those expectations were steadily extinguished throughout the series, as the female characters increasingly took over the show's focus.

The show's writer Bash Doran, who's also been the brains behind the likes of Masters of Sex and Boardwalk Empire, has used her sharp wit and eye for detail to prove that women are needed at the forefront of TV's action. Alongside Phoebe Waller-Bridge's excellent work on Killing Eve, I hope that Traitors will continue to inspire this new trend of bringing a woman's perspective to once masculine genres, and release another season while it's at it.