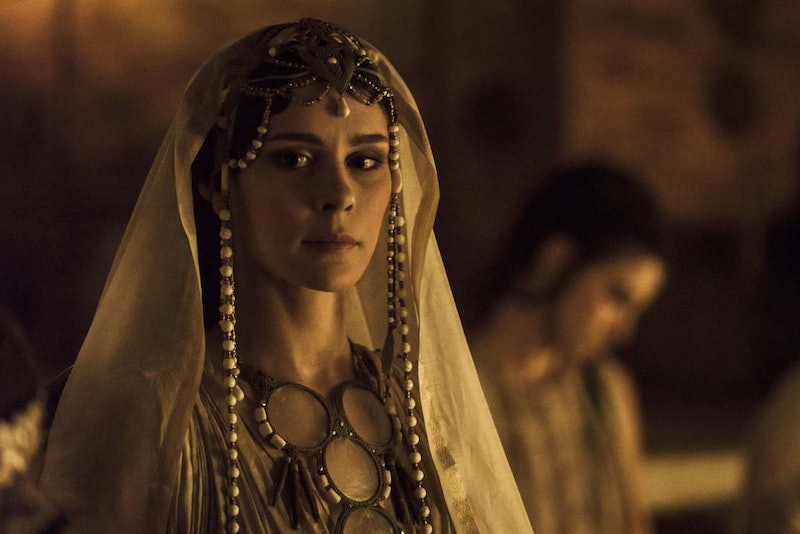 BBC One's historical drama, Troy: Fall of a City, is already seven episodes deep into the ancient story of Helen, Paris, Achilles and the siege of Troy. The series finale, "The Offering," will air on Saturday, April 7 in the UK, but American audiences will finally get their chance to watch when Troy: Fall Of A City Season 1 arrives on Netflix on April 6. But will Troy: Fall of a City return for Season 2?

Based on Homer's frequently retold epic, The Iliad, Troy: Fall of a City covers the story of the Trojan War starting with the romance between Paris and the married queen Helen of Sparta, all the way to the infamous wooden horse and the sacking of the city. Well, presumably, anyway. There's still one episode to go and the horse hasn't shown up yet, but what else could the grand finale be in a show with this title?

Just because Homer closes out The Iliad after the end of the Trojan War doesn't necessarily mean that it's the end of the line for Troy: Fall of a City. The story could very well continue, but's highly unlikely that it would still be called Troy after the city finally falls. Homer's other great epic, The Odyssey, is the sequel to The Iliad, picking up just after the end of the war with Odysseus leaving Troy and making his way back home to Ithaca. While BBC One hasn't released an official statement yet about the show's future, several key figures from the series have dropped hints that there's more to come. Executive producer Derek Wax told Variety, "We do have ideas for a second season. Without giving any spoilers, Homer did write The Odyssey."

Just because The Odyssey is Homer's sequel to The Iliad doesn't necessarily mean that's where this story is headed. The main writer for the series, David Farr (The Night Manager) told Digital Spy that more than one option for a post-Trojan war story is being explored. In a more original twist on the classic Greco-Roman mythology, he explained, "There is obviously the Odyssey, there is also the great story of Agamemnon coming back to Clytemnestra... and having to feel the consequences of his actions."

The story of Agamemnon returning to his beautiful, adulterous, and ultimately murderous wife Clytemnestra is one that's been adapted a heck of a lot less than the Trojan War. Like with most myths, there are multiple — maybe even infinite — versions of the story, which means BBC One really could go in any direction with it. Arguably the best-known version involves Agamemnon sacrificing his daughter Iphigenia before leaving for war in Troy. Clytemnestra, his wife, is enraged and devastated at her husband's role in their daughter's murder (and also by the fact that he kidnapped and raped her before they were married, although for some reason everyone always leaves that part out) and begins an affair with Agamemnon's cousin while he's away at war for a decade. When the king returns home, Clytemnestra, with the help of her lover, traps Agamemnon in a net and stabs him to death while he is in the bathtub. Now doesn't that sound like good TV?

The story of Agamemnon and Clytemnestra would certainly be an original choice as the follow-up to the Trojan War. However, as The Odyssey is generally considered the traditional sequel to The Iliad, it seems a safer bet that Farr and the rest of the Troy: Fall of a City team will be sailing toward Ithaca in the future. Joseph Mawle (who plays Odysseus) says that he's more than up for taking on the leading role of the wandering Ithacan king in a future series. He explained his passion for the story to Radio Times, saying, "Having grown up entranced by Ray Harryhausen-modelled films like 1981 Clash Of The Titans, 1983 Jason And The Argonauts and my hero Sinbad, I crave these stories." Still, Mawle insisted that the ultimate decision on whether or not to move forward with Troy: Fall of a City Season 2 won't come from him, or Wax, or Farr, or anyone else involved with the series. It's up to the viewers to prove they want to see what happens next. "You are the Olympus Gods here," he said, speaking to the audience. "You have the power (the remote, the button)." So throw those lightening bolts responsibly, everyone.