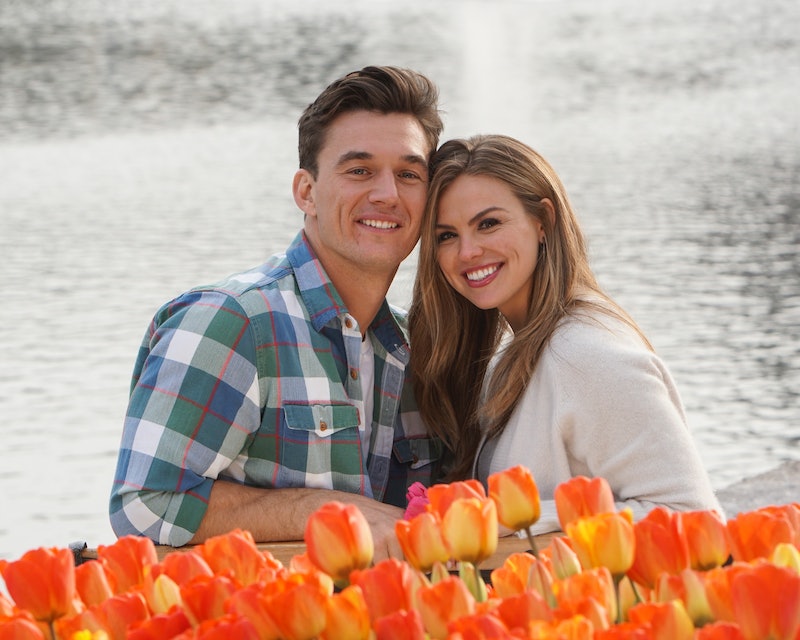 At this point in The Bachelorette, Tyler is still hoping that he's going to be Hannah's partner for the rest of their lives. But there are a couple people standing in his way — Jed and Peter are still alive and well in the competition — and one of them could easily take the top crown. But even if he gets the boot, Tyler could head to Bachelor In Paradise to keep us all crushing for yet another season of television.

Bachelor In Paradise, for the uninitiated, is a spin-off of The Bachelor/ette in which alums of the main series head to the beaches of Mexico. There are tons of singles, both men and women, who flock to the tropical paradise and go through a modified version of the Bachelor format. They couple up during rose ceremonies, people are sent home, newcomers shake things up, and at the end, viewers might see a proposal or two.

There aren't any confirmed reports that Tyler is going to be a Bachelor In Paradise contestant. That doesn't really mean anything, though — plenty of people join last-minute, especially if they're one of the last ones standing on The Bachelorette season that films prior to the season. Tyler could totally be on his way there.

As of a few days ago, though, Tyler was still posting photos from Florida, where he grew up and seems to be hanging out post-Bachelorette. He wouldn't have access to social media if he was already filming Bachelor In Paradise, but he might have someone posting on his behalf to throw us off.

And honestly, he'd be the perfect addition to the show. Bachelor In Paradise definitely has the reputation of being a bit more casual, funny and lighthearted than the main franchise staples, and Tyler would probably flourish in that setting. We've seen the bloopers and way-too-short scenes in which he shows off his sense of humor, and his social media is always hilarious, too.

Given a bit more time on screen and room to have fun (outside of any Luke P. drama, god willing), Tyler would probably only become more popular. And his obvious friendship with his fellow castmates would be able to take center stage a bit more, too, when the show isn't centered on one person's relationships in particular.

Bachelor In Paradise is shaping up to be quite the spectacle this year. "It's the best season we've ever had," Chris Harrison told The Ringer's Bachelor Party podcast. And the cast that's already been announced immediately feels ready to take the season by storm. Tyler would have former co-stars Kevin, John Paul Jones and Cam by his side, as well as franchise favorites like Wills, Tayshia, Hannah G., Demi and Clay, just to name a few.

And fans are pulling for Tyler to head there too:

Fans will take more Tyler C. content however they can get it, and honestly, I don't blame them. He's got the charisma and the following behind him to be a force to be reckoned with on Bachelor In Paradise, and it'd frankly be foolish for the Bachelor franchise not to keep him around as long as possible. Time will tell, but here's hoping Tyler's lounging on a beach somewhere, and it's not in his hometown of Jupiter.