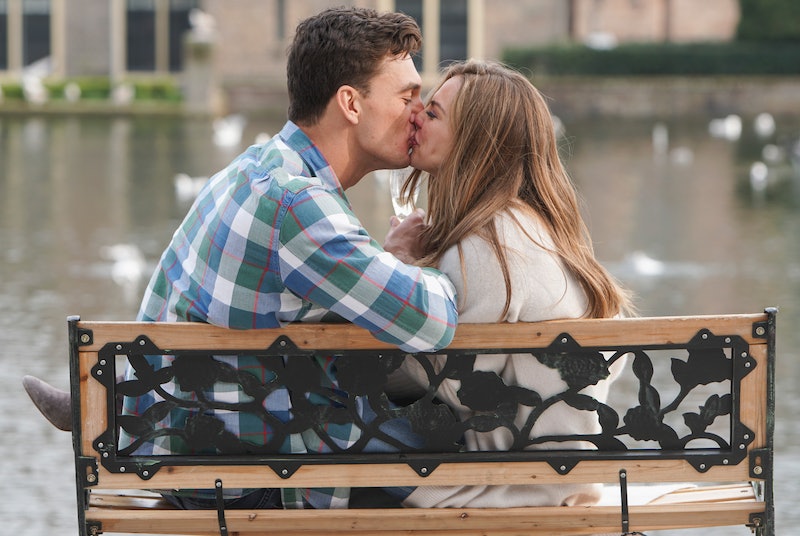 When you find yourself surrounded by a sea of attractive men, it can be difficult to stand out. And yet, every week Tyler C. manages to do just that, further winning over fans and, of course, Hannah B. But regardless of whether or not he ends up with that final rose, what Tyler C. is doing after The Bachelorette will make you like him even more. He seems to be just as genuine and kind in real life as he comes off as on the show, and is now using his elevated social media platform to help and inspire others.

Since completing filming, Tyler has partnered with ABC Food Tours, an organization dedicated to creating an "experiential learning platform for students in NYC living in underserved communities that will educate, motivate, and inspire them to overcome life's obstacles," according to the official website. Tyler has posted multiple times about the company and the many things he's done to contribute to its goal. This includes taking a group of fifth graders out for some sushi as well as participating in group running sessions in Central Park.

"Last Thursday was an incredible run! The turnout was outstanding and we all got better together! Let's keep it going!" Tyler wrote in an Instagram post on June 24. "Tomorrow I'll be sharing how I handle adversity and how I got myself out of one of the toughest points in my life."

That's right, folks — if you live in the New York City area and are up for some physical activity, you can hang out with Tyler IRL. Think of it like a group date except with a lot more participants and even more sweating. But still! It's a pretty fun opportunity, and most importantly, done in the name of a very good cause.

Of course, some of Tyler's posts are also about his time on The Bachelorette, which seems to have been a positive experience for him. In fact, his posts seem so positive that it might make fans wonder if he ends up with Hannah after all. Obviously, Tyler isn't able to spoil the end of the season, but him winning seems increasingly likely.

From the moment he stepped out of the limo, Tyler has been nothing but respectful of Hannah and has done whatever he can to make the show a great experience for her. When she's been down, he's picked her back up. He's gone the extra mile with little gestures (like getting her flowers on a group date) to make her feel special. He even defended Hannah on Twitter when former Bachelorette contestant James Taylor tried to shame her. So seeing him win would not be surprising — and would probably make a lot of viewers at home happy.

But regardless of how this all plays out, Tyler is making the most of his Bachelorette platform and using it for a good cause, suggesting that yes, he really is as nice as he seems. Could that mean a Bachelor offer is in his future if he and Hannah don't work out? Fans will certainly be rooting for him.