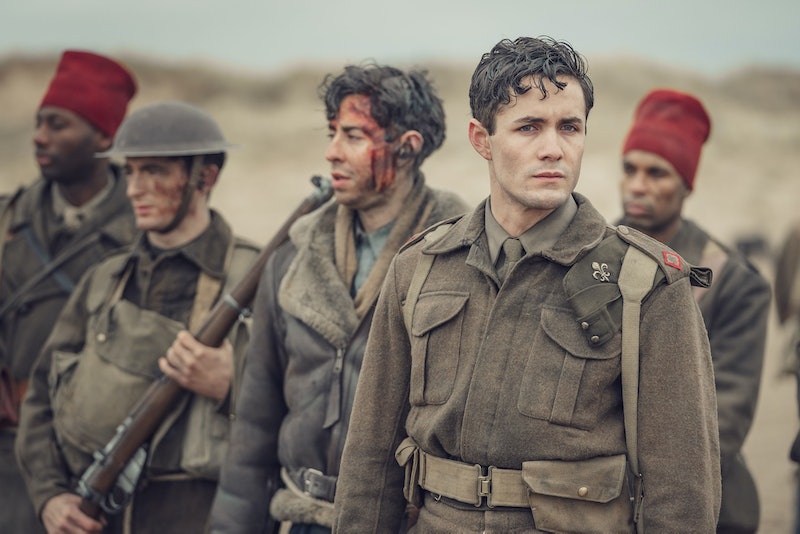 I wasn't sure the BBC would top their autumn roster of shows after last year, but boy was I mistaken. There are so many new quality shows to enjoy, but all good things must come to an end. Pretty much all the shows currently on the Beeb's roster have either finished or are about to end their first season. The latest is war drama World On Fire, which concluded on Sunday night (Nov. 10). But will World On Fire return for series 2?

It's looking pretty likely. According to Digital Spy, "the BBC has confirmed that the show will return for a second series." I've reached out to a rep for the show to make sure this is the case, but have yet to hear back. Although, as Radio Times notes, show writer Peter Bowker revealed that there are plenty of stories planned for the series. "I know what happens over six series for the main characters," he said before World On Fire aired. "If you pitch a show, people will often ask 'What happens in series four, episode three? What happens to this character?' You've got to know and not be English about it."

Damien Timmer, Managing Director of the show's production company Mammoth Screen also teased the possibility of a return. "There's more war and there are more years and it's possible."

Radio Times also writes that the series has had episodes "watched by audiences four million and above," which has resulted in World On Fire proving to be "more popular than the likes of Peaky Blinders." That's a mean feat, seeing as Peaky Blinders is currently one of the BBC's most sought-after commodities.

World On Fire also concluded with a mighty cliffhanger, which has understandably left viewers wanting more. There are plenty of stories to be told, it's whether or not the series will continue as long as Bowker has planned to. According to the Express, the "majority of the cast [...] would love to reprise their roles in future seasons." And if that includes the one and only Sean Bean, he'll experience the rare occasion that he isn't killed off at the earliest convenience.

More like this
This First Look At 'The Gold' Shows Jack Lowden In A Whole New Light
By El Hunt and Sam Ramsden
'The Last Of Us' Has Officially Been Renewed For Season 2
By Darshita Goyal
'Abbott Elementary' Fans Probably Missed This 'Parent Trap' Easter Egg
By Sam Ramsden
9 Time Catherine Cawood Was An Absolute Badass In Happy Valley
By Sophie McEvoy
Get The Very Best Of Bustle/UK
Sign up for Bustle UK's twice-weekly newsletter, featuring the latest must-watch TV, moving personal stories, and expert advice on the hottest viral buys.