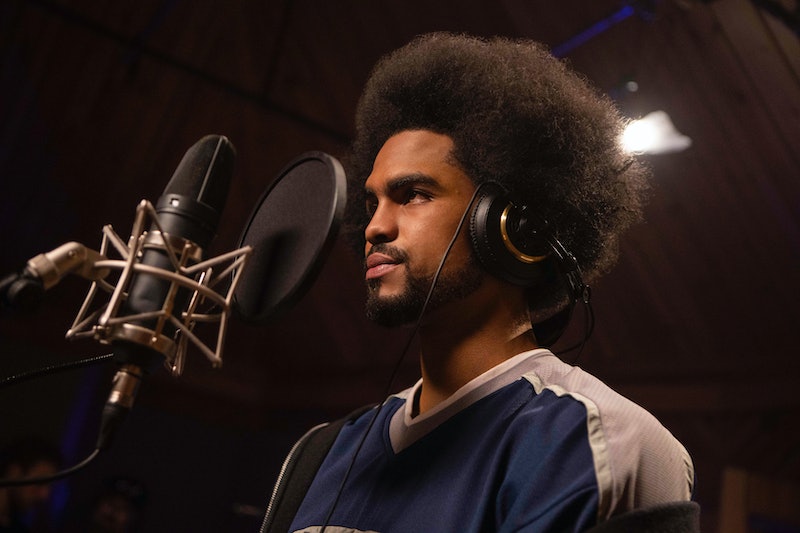 Although it has technically been referred to as a mini-series, there are a few solid clues that point to Hulu's Wu-Tang: An American Saga returning for Season 2. First and foremost, Season 1 ends in a major cliffhanger, which fans didn't anticipate. Just when the group decides it's time to move on, Bobby gets a voicemail from the record label that teases a deal, and the credits roll.

Season 2 could easily dive into next steps for the Wu-Tang Clan's success, but Hulu hasn't officially renewed the show just yet. The show's co-creator and de facto leader of the real rap group, RZA, posted an informal poll about the show's future on Instagram, and fans were very responsive. "Forever!" he wrote under a promotional photo for the season finale. "Who wants more Wu-Tang again and again?" The comments filled with demands for more episodes and general high praise for the show.

Fans clearly want more. Aside from the response to RZA's post, at the time of publication, the show and its music occupy the top two spots of Hulu's most frequently searched topics, per Google Trends. Additionally, it has garnered a 79% average on the Rotten Tomatoes Tomatometer and an 80% average audience score, which is impressive for the site.

In an Oct. 16 interview with The Source, TJ Atoms, lead actor and portrayer of Ol’ Dirty Bastard, may have provided some accidental foreshadowing regarding the show's fate. He discussed the musical potential of the show's cast and how they're each embracing solo careers.

"However, when we come back each season for the Wu-Tang show, it’ll be the same vibe," he said. "We’ll all drop solo movie projects and come back as a group for the Hulu show." That sounds like a renewal announcement on its own, does it not?

Until the official call is made (there's a really good chance it will be), thankfully, there's no shortage of Wu-Tang content for the show's passionate fan base to consume. There's the show's soundtrack, conveniently curated on Spotify, and SiriusXM hosts an official podcast that's synced with the episodes called Wu-Tang: The Saga Continues. It's hosted by DJ King Tech, who interviews RZA and co-creator Alex Tse about their inspiration for the show and its production. He also chats with rappers who were influenced by the group. There are 10 episodes and each is about an hour long. There's also Wu-Tang Clan: Of Mics & Men, the four-part docuseries on the group's formation and the careers of its members, which is available to stream on Showtime.

Hopefully by the time fans are done with all of that, Hulu has announced another season to look forward to.

More like this
Taylor Swift Visited The 'Glee' Set For This Bizarre Season 5 Episode
By Grace Wehniainen
Linda Ronstadt’s “Long Long Time” Plays A Pivotal Role In The Last Of Us
By Brad Witter
Here’s Why Danny Masterson’s Hyde Isn’t In 'That '90s Show'
By Brad Witter
Hilary Duff's Husband Matthew Koma Has Her Name Tattooed On His Butt
By Jake Viswanath and Stephanie Downs
Get Even More From Bustle — Sign Up For The Newsletter
From hair trends to relationship advice, our daily newsletter has everything you need to sound like a person who’s on TikTok, even if you aren’t.