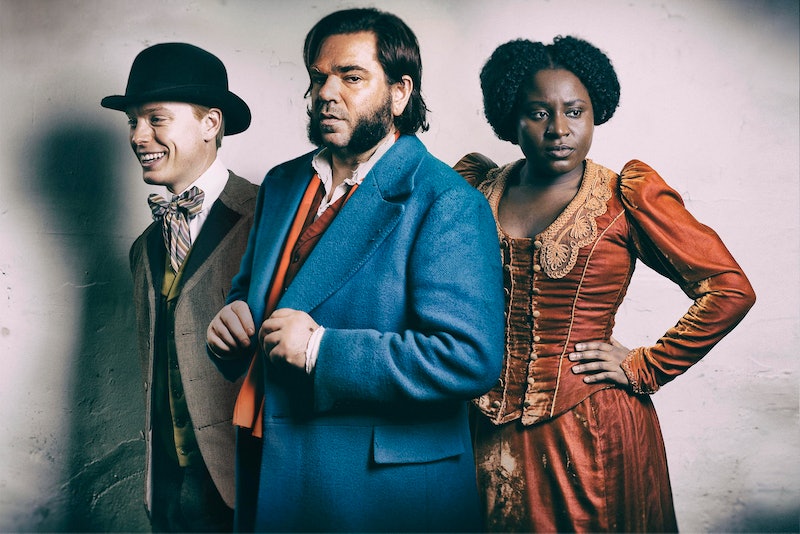 Matt Berry's new series Year Of The Rabbit kicked off with the most spectacular start on Channel 4. Berry is the brains behind comedy hits such as Toast of London, so it's no wonder that the Year of The Rabbit would take the comedy world by storm. With a stellar cast featuring Susan Wokoma and Freddie Fox and a fast-paced script about a group of Victorian detectives, this series has had audiences ad critics alike really warming almost immediately to the first season. But, the question is, will Year Of The Rabbit return for season two?

Right now, it's tricky to say if or when Year Of The Rabbit will return to our screens. I reached out to a rep at Channel 4 who said "no decision has been made yet on another series." All we can do is keep our fingers crossed.

Year Of The Rabbit has got off to a very good start, with the show scoring a whopping 88% on Rotten Tomatoes' average audience score. Jasper Rees from the Guardian also gave the show four out of five stars, explaining that the show gets better episode by episode, and Steve Bennett for Chortle gave four out of five stars, describing the jokes in the series as "strong". Surely that enough for Channel 4 to be "happy with the result"?

Prior to the season one finale, news and lifestyle site Here Is The City (HITC) speculated, "if the final few episodes of Year of the Rabbit can stick the landing then there's absolutely no reason why it can't spawn a few more series down the line just like fellow Matt Berry-featuring comedies The Toast of London and The IT Crowd." To be honest, I'm totally here for this and I think that Year Of The Rabbit should follow the same path as other Berry comedy classics and come back for a second season. We need it.

The first season of Year Of The Rabbit is based on a group of real-life Victorian detectives called the Murder Squad who tackled pretty big cases such as Jack the Ripper.

It's fair to say that the first season of the show was pretty fantastic. Berry's character Detective Inspector Eli Rabbit, who the Independent notes is described by his boss as "a leg of f*ckwit ham," is seriously hilarious. The combination of Rabbit and his sidekick DC Wilbur Strauss (Freddie Fox) is brilliant and this paired with the fiercely feminist Mabel (Susan Wokoma), who fights to be the first female police woman, built a strong foundation for the show. And, while the core cast in the series was incredible, what made it so great was the sprinkling of high profile actors that brought it to life. Jill Halfpenny, Keeley Hawes, and Sally Phillips are just a few of the actors that add to the cast.

Don't worry if you weren't able to catch the first run of the show because it's of course available on catch up. What are you waiting for?

More like this
Alan Carr's 'Changing Ends' Is A Witty Sitcom Based On His Own Life
By Darshita Goyal
'Bridgerton' S3 Will Show A *Very* Different Side To Kanthony
By Sam Ramsden
Armani Jackson Is Following In His Famous Actor Sister’s Footsteps
By Catharina Cheung
The Banned 'Friends' Ad Shows Monica As You’ve Never Seen Her Before
By Sam Ramsden
Get The Very Best Of Bustle/UK
Sign up for Bustle UK's twice-weekly newsletter, featuring the latest must-watch TV, moving personal stories, and expert advice on the hottest viral buys.