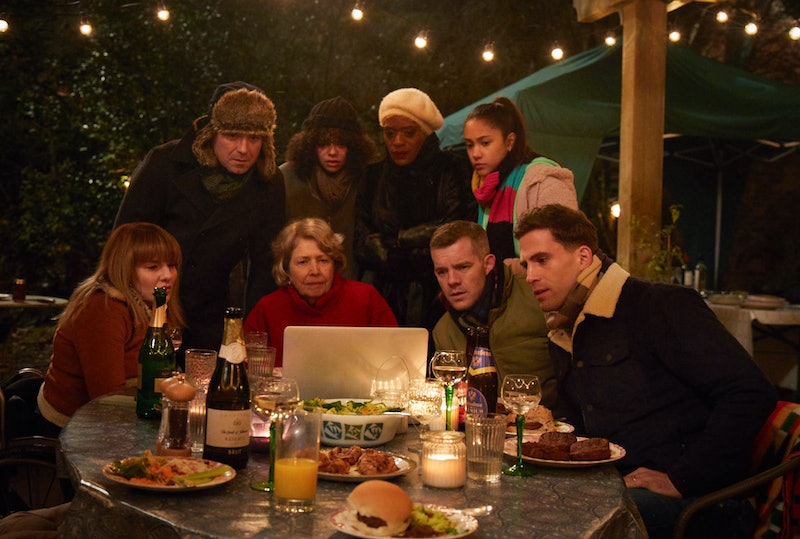 In a world consumed with fake news, Brexit and President Donald Trump, the current state of our political and social landscape could at times be compared to a work of fiction — and Russell T Davies' latest TV drama, Years and Years, most definitely tapped into the absurdity of life in 2019. The series is based in Manchester, and follows the lives of the Lyons family over a 15-year period — a time in which Britain faces monumental political change. Years and Years first began airing back in March, and will conclude tonight on BBC One. But will Years and Years return for season 2?

As it stands there has been no announcement from the BBC in regards to a second series ofYears and Years. I have reached out to the broadcaster for comment, and will update you with any new information once it becomes available. However, the show's creator Russell T Davies wrote on Instagram that Tuesday's show would be the last. He posted a picture of characters Stephen and Muriel on Monday captioned: "TOMORROW [Tuesday, June 18]. It all ends, in the very last episode ever. Years and Years, BBC One, 9pm Tuesday." That seems pretty conclusive to me. But, writers have been persuaded to bring back stories that they previously felt were finished due to viewer interest, so that could still change.

The six-part series presents itself as a fictional retelling of current affairs, and follows the Manchester-based Lyons family as they navigate through life over a tumultuous 15-year period.

The BBC describes the series as an "epic saga," and part of the show's official synopsis reads, "As society changes, faster than ever, the Lyons will experience everything we hope for in the future, and everything we fear. They’ll fall in and out of love and grow old, fall apart and come back together, while constantly looking forward."

As reported by iNews, each episode of Years and Years fast forwards one or two years into the future, and focuses on the lives of Daniel, Stephen, Celeste, Rosie and Edith — each of whom face an unstable world due to economic uncertainty, advancing technology, and an ever-changing political landscape. The BBC drama was penned by Queer of Folk creator Russell T Davies, and stars the likes of Emma Thompson, Anne Reid, Rory Kinnear, Jessica Hynes, Russell Tovey, Ruth Madeley, T’Nia Miller, Lydia West, and Jade Alleyne.

Show-creator Davies has previously confirmed that Years and Years is indeed inspired by the current state of British society. During an interview with the Radio Times, the 56 year-old said, "history and society seems to be mad at the moment, it seems to be quite a fevered time. So it’s trying to capture that, it’s trying to guess where we’re going. It’s got a lot to say about the world, but it’s also a family saga, I need to keep saying that. It’s not a great big political diatribe." And when discussing how viewers might react to show's lead characters, he went on to say, "you will love these brothers and sisters, and their grandmother, Anne Reid’s the grandmother to them all. You’ll hope for them, you’ll care for them, you’ll cry for them, you’ll laugh. I hope it works.”

Although a second series isn't yet on the cards, Years and Years has managed to successfully portray the societal and political challenges currently being faced by those of us in the real world. And I, for one, hope a second outing of this fantastic new drama is given the go-ahead.