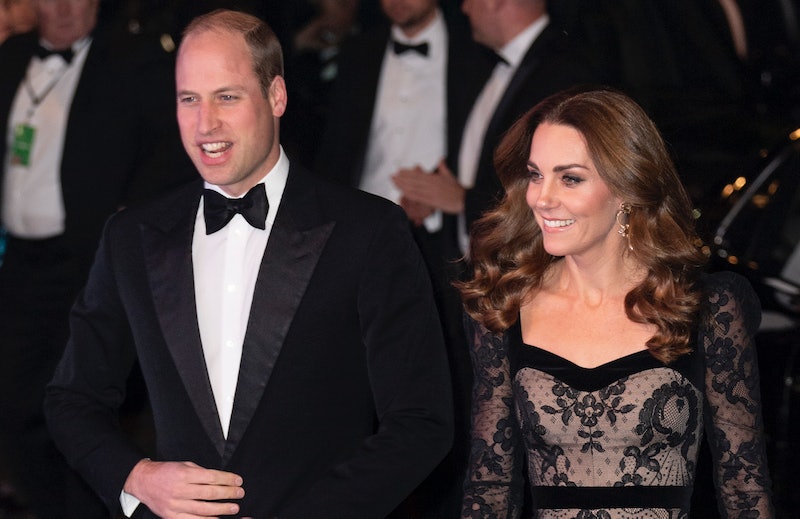 Prince William, Duke of Cambridge, and Kate, Duchess of Cambridge, have gone all out for their Christmas card this year, with a picture featuring the whole family and a rather funky looking motorbike. Kate and William's official 2019 Christmas card was shared by one recipient on Twitter ahead of its official release, but the tweet has now been taken down.

Air Commodore Dawn McCafferty CBE shared a picture of her card with the caption, "A Christmas card from our Royal Patron, HRH The Duchess of Cambridge, which I share with all members of the air cadets. We send HRH and her family all best wishes for Christmas and hope to see her again in 2020."

Inside the card, a message read: "Wishing you a very Happy Christmas and New Year."

The image inside the card shows the family of five all decked out in various shades of blue sat on and around a vintage motorbike. Surprisingly, they've gone for a picture taken on what looks like a rather warm day. Maybe the royals miss spring/summer just as much as us. Prince George and Princess Charlotte are pictured larking about in the sidecar while their father is straddling the motorbike with his youngest son Prince Louis sat on his lap. Catherine stands smiling to William's right with one hand on the handlebars. Catherine is decked out in an Aurora Midi Wrap Dress from Boden. And, as with a lot of her much-admired looks, said dress is now sold out.

Kate and William's clan were photographed on Dec. 18 heading to Buckingham Palace for the Queen's annual Christmas lunch, according to Cosmopolitan. One that sees the whole extended family get together ahead of trekking to Sandringham for their official Christmas break. Prince Harry, Duke of Sussex, and Meghan, Duchess of Sussex were also among the royals present, although they reportedly won't be present at Sandringham this year as they will be spending time with Meghan's mother, Doria.