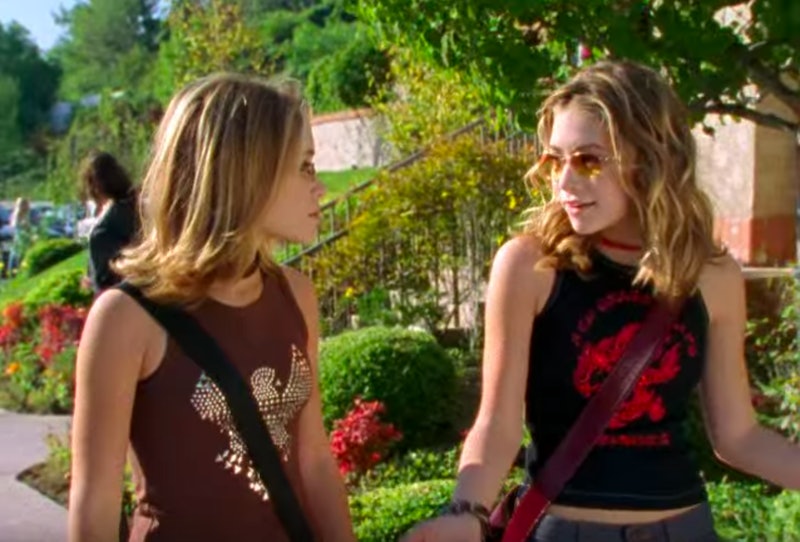 I love the Olsen twins. For years, Mary-Kate and Ashley Olsen were my ultimate #TwinGoals. I cannot tell you how sad I still am that my twin and I didn't look enough alike to successfully switch places, as the Olsens did in their first major motion picture, It Takes Two. Which is why it's surprising that my favorite Olsen Twins movie as an adult isn't one where they pull a switcheroo. As I've gotten older, I've found that the one Mary-Kate and Ashley movie that I still love to watch as an adult is Winning London.

Released in 2001, Winning London was one of the popular Mary-Kate and Ashley direct to video movies. To place it in the Olsen Twins repertoire, it was released right after Our Lips Are Sealed and before Holiday in the Sun. In the movie, Mary-Kate and Ashley play Chloe and Riley, respectively, two twins who jet off to London for a Model U.N. competition. Chloe is the serious one — she is a Model U.N. champ desperate to win the entire competition and take home a big trophy. Riley is the more laid back and boy-crazy twin — she only joins the group to get close to her longtime crush, Brian. Naturally, once in London, Riley discovers a new love for Model U.N., while Chloe learns to loosen up with the help of British hottie James. It's a classic teenage movie, with plenty of awkwardly horrible jokes and superb early 2000s outfits. In other words, it's everything you could want from an Olsen Twins film.

What I like about Winning London as an adult is that it doesn't rely on the twin gimmick to succeed. It's not just that the plot isn't based around them switching places;Winning London avoids the twin stereotypes that helped make Ashley and Mary-Kate stars. In the film, Chloe and Riley wear similar outfits, but don't match; they're opposites, but don't hate each other. It's always nice to see a movie that avoids conventions, and personally, it's nice to see a pair of slightly mismatched twins not constantly at each other's throats. Winning London also differs from other Mary-Kate and Ashley movies because the character's don't find themselves in extraordinary circumstances, like say in witness protection (Our Lips Are Sealed), or competing on a Survivor-like show (The Challenge). In Winning London, Chloe and Riley are just regular teens. Yes, they go on a pretty luxurious trip to London, but other than that, they deal with pretty regular, every day teenage problems.

Next time you're having a slumber party or just chilling with some friends and want to take a walk down memory lane, check out Winning London. You'll be surprised at how well it holds up.