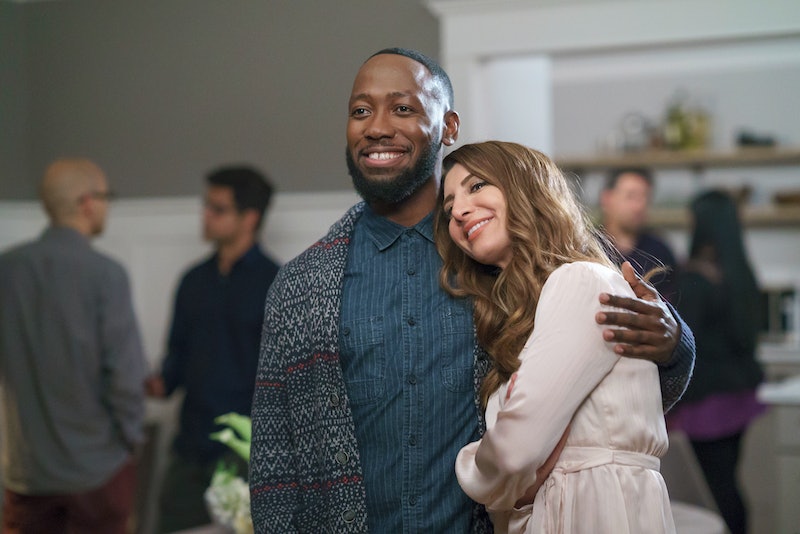 It wasn't that long ago that Schmidt and Cece tied the knot, but now, it looks like soon, we might have two married couples on New Girl. And no, it's not Nick and Reagan, even if he is making a little progress in the relationship commitment department. On Tuesday night's episode of New Girl, "Glue," Winston starts planning to propose to Aly, and there's a very good chance this is going to turn into his best scheme ever.

One of the reasons I've always loved Winston — besides his bond with Ferguson the cat, anyway — is that he's just so extra. He can't do anything low key, especially not this. And I realize that proposals are meant to be a little over the top, but this one is extreme. Basically, Winston enlists the help of Schmidt and Cece to keep Aly distracted while he sets up the perfect picnic by her favorite cactus (because of course she has a favorite cactus) so he can pop the question, and things definitely get a little out of hand, as they tend to do on this show.

Also, this is just proof of what good friends Schmidt and Cece are, because to accomplish this, they had to let her poorly paint their brand new, already painted house. Yeah, no thanks. Not even for a proposal.

After a relatively disastrous afternoon where Schmidt and Cece even pretended to be having serious marital issues to keep Aly at their house, she eventually guessed that something was going on, but fortunately, she guessed wrong. She thought Winston was trying to prank her, so she was all set to be blindsided at her picnic, where... Winston didn't propose.

More proof this guy is totally extra: This is just phase one in a 20 phase plan to ask her to marry him. More is coming, and I hope we get to witness all of it. And that some of it involves Ferguson, because duh.

It's crazy to see all the roommates actually getting married and moving out, and now, it looks like there will be another New Girl wedding in our future. And there will probably be more pranks. I can't wait to see it!