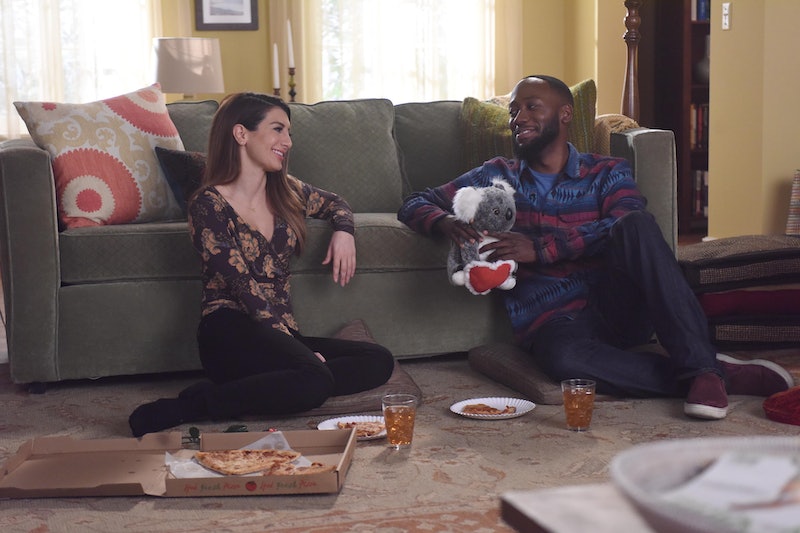 I've always been a fan of Valentine's Day, even when I was single. What's not to like about heart-shaped chocolate and literally everything in the color pink? Oh, and let's not forget the love-themed episodes of my favorite shows, which New Girl participated in big time this year. On Tuesday's new episode of New Girl, "Operation Bobcat", Jess helps Winston propose to Ali, and now, we have another wedding to look forward to on this show. Oh, and Gordon Ramsay was there, too, but I'll get to that later.

Remember Winston's plan to ask Aly to marry him, complete with several very complicated phases that would take months to finish? Yeah, all that is out the window now, because when Winston went to see Aly for Valentine's Day, she asked him to marry her, and he had to say no, since he didn't want to give up on his proposal. It was a total mess, but fortunately, that's what Jess is for, and she and Winston put their heads together to come up with a shorter, easier version of his plan so he could pop the question right away.

Until Winston realized how bummed Jess was that Nick is still with Reagan, and somehow got his life together to be the boyfriend to her that he was never able to be for Jess. Then, he called the whole thing off, because the last thing she needed to be doing was planning a proposal when she was still heartbroken.

Enter Gordon Ramsay, who solved the whole thing, because this is New Girl and why wouldn't he? Jess won a meal from a celebrity chef and decided to use it to celebrate her Valentine's Day alone, and it was Gordon who convinced her to go help Winston anyway. Naturally.

Obvs, Aly said yes — despite the fact that she accidentally beat Winston up while he was dressed as a bobcat — which means that Ferguson officially has a stepmother. And hopefully, he will also be acting as the ring cat when they tie the knot.

I'm super excited to see the (potentially prank-filled) wedding, and my fingers are crossed that Gordon decides to return to the show. I need to see him interact with Schmidt. I just feel like he'd have a lot to say.