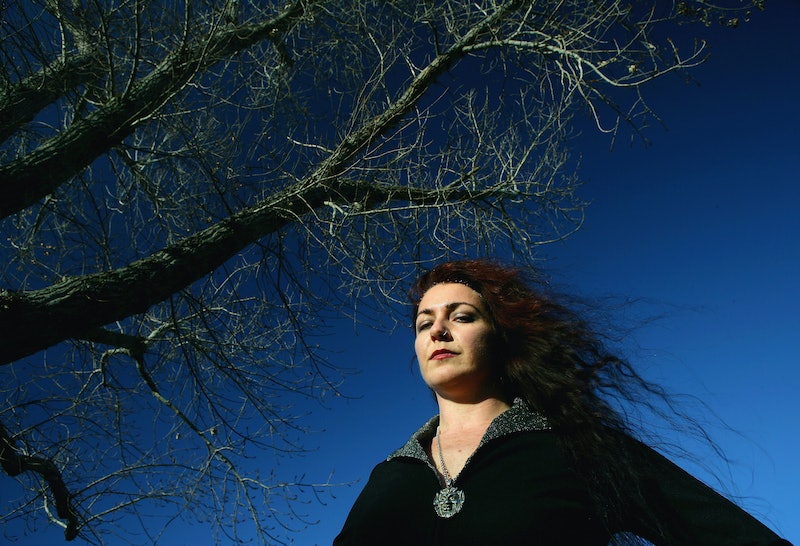 Do you wish President Donald Trump would make vastly different policy decisions than the ones he's making right now? Well, then you're in luck. This Friday, witches will be casting a spell on Trump.

According to the mass spell’s Facebook page, the spell will “be performed at midnight on every waning crescent moon until he is removed from office.” It's apparently an open source spell, meaning you can adapt the necessary materials to what you have on hand. You can find a full list of suggested ingredients here, as well as instructions for the spell itself, courtesy of Extra Newsfeed. Important materials include an "unflattering" photo of the Donald himself and an orange candle stub, which you can substitute a baby carrot for, since orange candles might be hard to locate in time for the ritual.

The spell isn't intended to cause any permanent damage to Trump ... well, at least physically speaking. Instead, the magic is supposed to stop him from harming other people in the future. Fingers crossed the spell is effective in some way or another, because that would be nice.

There are plenty of variations on the traditional spell that various magic users have suggested. For instance, one user suggested using a Trump catchphrase, so that "in place of 'So mote it be,' [you] instead say, 'You’re fired!' with increasing vehemence." I wasn't aware that reality television lines could be used in magic rituals, but hey, you learn something new every day.

If you thought a mass uprising of witches against Trump was dramatic enough, think again. Members of the Christian Nationalist Alliance, a Christian organization that promotes the nationalistic principle of "America First," will be holding a day of prayer — at the same time as the mass spell. "This is a declaration of spiritual war and it requires a response," member Kevin Ambrose wrote on the Alliance's website.

It's unclear how this suddenly turned into a war between witches and the CNA, but apparently there are a few rogue agents in the mix who support Trump. A few magic users will be casting spells in favor of Trump, according to the Facebook page "Chaos Magicians for Trump."

While Extra Newsfeed can't guarantee the "efficacy" of the spell, it is clear that some magic users are prepared to continue casting the spell until it they see results. We'll have to wait and see how that works out.