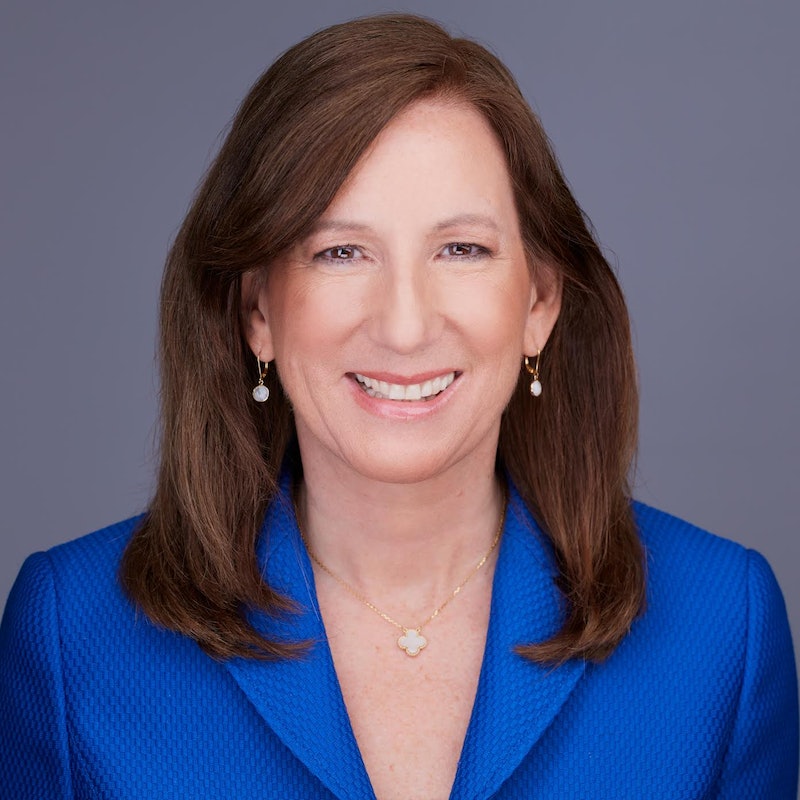 Courtesy of the WNBA
By Margaux MacColl
June 4, 2019

In Cathy Engelbert’s three decades in business, she has made quite the impact. She was the first female CEO of a major professional services firm in the U.S. (Deloitte), and has worked for years on behalf of women in the corporate world. And starting July 17, Engelbert will get the chance to transform a new arena: the WNBA.

As the WNBA kicks off its 23rd season, Engelbert will become the league's first commissioner. The league has been without a permanent leader since Lisa Borders’ resignation as president in October, and has recently expressed a clear hunger for rebranding.

Although Engelbert has yet to officially start, she is certainly planning to shake things up. She says she's determined to increase the visibility of the WNBA and to improve the player experience in whatever way she can. She believes society is at an “inflection point” for women, and hopes to use her new position to elevate the WNBA.

“I do believe there's this moment in time for women's leadership in sports — I see all the time how sports builds confidence in women and girls,” Engelbert tells Bustle.

Additionally, Engelbert hopes to utilize her past experience to foster an inclusive environment within such a diverse league. This shouldn't be hard for her considering diversity and inclusion have been a cornerstone of her career for years. At Deloitte, she was known for implementing a 16-week family leave policy and championing an office “culture of courage” to encourage workers to speak up about discomfort. She is also currently the chair of the Catalyst Board, a global non-profit organization that works to create inclusive workplaces.

Her role was previously called “president,” but NBA commissioner Adam Silver recently updated the title to “commissioner” in order to signify its equality to the NBA.

“[Helping foster an inclusive environment in the WNBA] will be something that's very natural and comfortable for me, given how much work I've done in this area,” Engelbert says.

She obviously has big goals, and her title was changed to reflect her ambition. Her role was previously called “president,” but NBA commissioner Adam Silver recently updated the title to “commissioner” in order to signify its equality to the NBA.

“I never aspire to a box or a title. I always aspire to lead,” Engelbert says. “But I think it's a helpful, progressive move ... because I think it does signal that we're committed and we're here to drive the WNBA to the next level."

Of course, Engelbert brings more than business experience to her new position; before the WNBA existed, Engelbert played Division 1 basketball at Lehigh University with now-renown coach Muffet McGraw. The lessons she learned from her collegiate athlete days have helped her thrive in the business world. “A lot of what I brought to leadership in my last three decades really took roots on the basketball court,” she says.

And now she gets to use her corporate background to shape the sport she loves. “I'm really looking forward to hopefully bringing my business acumen and driving this league to the next level,” Engelbert says.

As Engelbert begins her tenure in July, we’ll get to see just how much she is able to accomplish. But between her business background, her love for the sport, and her ambitious goals, Engelbert has the potential to shake up the WNBA for the better.