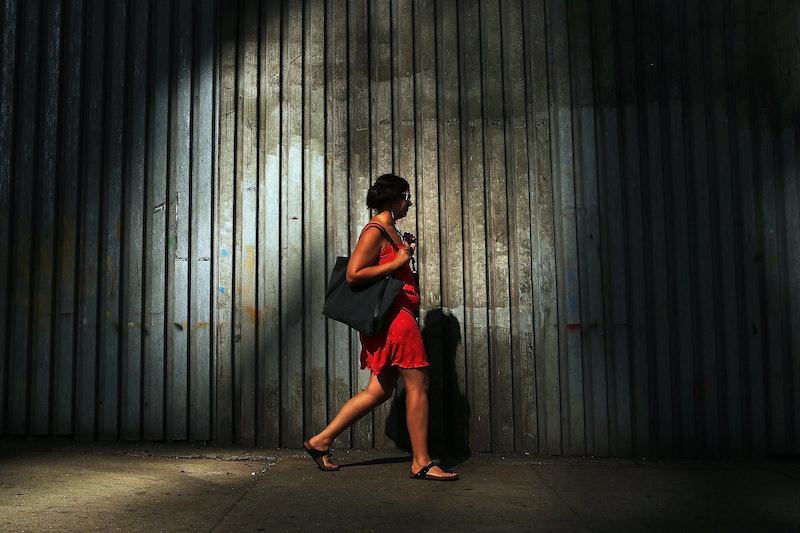 If you're a woman who's seeking to become a millionaire in your lifetime, there's some exciting news: it's totally doable. According to a Fidelity Investment firm study that was also mentioned in the New York Times, women tend to become millionaires before men do. And though reaching millionaire status might seem daunting, the reasons why women are saving up $1 million at a younger age than ever before probably won't surprise you.

The exhaustive report studied the financial behavior of some 15 million accounts with 401(k) plans and there are several lessons in spending and saving that should catch your eye. Fidelity's study actually began back in 2005 and analyzed people's financial habits over the following decade or so. After all of those years, the study finally concluded that certain women's financially cautious approach toward their own expenses and savings had paid off.

It's inspiring to find out, for example, that the number of women who've accumulated over $1 million in retirement savings had doubled since 2005. Around 12 years ago, the report claimed that just about 10 percent of female participants had $1 million or more in their retirement plans. But by late September 2016, 20 percent of women in the study boasted official millionaire status.

Jeanne Thompson, senior vice president for thought leadership at Fidelity, told the Times that one of the reasons why women are becoming millionaires at younger ages is because of their increased participation in corporate 401(k) retirement plans. "Part of it is that we've seen more women actively participating in 401(k) plans and contributing more," said Thompson. (Just in case you were wondering, a 401(k) plan is an option that allows an employee to take money out of their paycheck before taxes and put it towards a retirement plan.)

In addition to saving up on the side and participating in corporate retirement saving plans like 401(k)s, the report said that women also took proactive interest in investing in stocks. For instance, female participants scored higher than male participants when it came to stock investments. While 76 percent of men invested in the stock market, women took a one percent lead on them at 77 percent.

Ultimately, all of this information brings readers to the study's conclusion: women are becoming millionaires before men do. For women, the median age for striking that opulent status is 58.5 years old while for men, it's 59.3, according to the study.

This isn't the first time that a report has extolled women's smart spending and saving habits. In 2016, a report from the Vanguard Center for Retirement Research showed that women tended to save more than men. In spite of the fact that a gender wage gap inhibits women from being paid as much as their male peers, female workers saved more and were also 14 percent more likely to participate in retirement plans compared to men. Seeing as women are 80 times more likely to experience poverty than men in their retirement age due to the wage gap, such wisdom could come in handy.

And even if you're years away from accumulating $1 million in the bank, there are still some valuable takeaways. In fact, according to the authors of the book The Index Card: Why Personal Finance Doesn't Have to Be Complicated, a few active steps taken to fix one's personal finance can go a long way. And there's no reason you can't start now.

Some of the tips include, for instance, being financially sensible about your daily expenses; taking advantage of a corporate 401(k) plan; saving at least 10 to 20 percent of your monthly income; and avoiding the intense urge to buy a coffee and making your very own cup of joe instead.