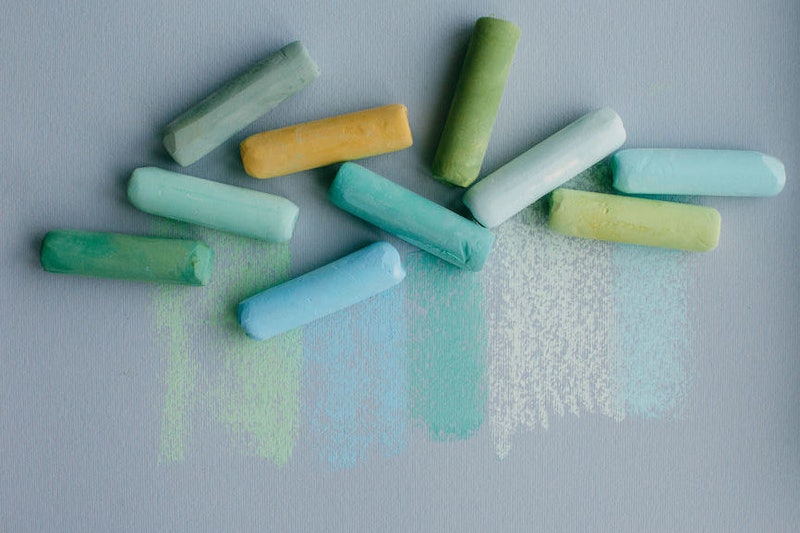 Any woman — no matter her circumstances — knows what it's like to be on the receiving end of sexual harassment on the street. Whether it's someone following you down the street, groping you in a busy crowd, or making a lewd comment about your appearance, it can be a terrifying experience. In an attempt to put an end to such behaviour, women in tens of cities across the world are chalking catcalls on the pavement and posting the results on Instagram.

As Cosmopolitan reports, the first city to take a stand was New York. The account @catcallsofnyc was started by Sophie Sandberg, a student at New York University, in March 2016, paving the way for women in other cities including Paris, Amsterdam, Madrid, Sydney, Milan, and the UK's London and Bristol to do the same.

The way it works is simple. Members of the public submit the catcalls they have received — plus where in the city they received them — to their local account. A catcall chalker then goes to that exact spot and etches the (often vulgar) sentence on the pavement for all to see.

And the movement is growing. According to CNN, there are now more than 70 catcall-related Instagram accounts. The original, @catcallsofnyc, has 124,000 followers. London's version, @catcallsofldn, is on its way to 6,000.

In 2015, anti-street harassment organisation Hollaback! surveyed women in 22 countries and found that 84 percent of women had experienced a form of street harassment before they reached the age of 17, reports the Telegraph.

This isn't a shock to the founder of @catcallsofldn, Farah Benis. "Out of the 3,000 submissions I have so far, 72 percent of those are from under 17-year-olds [and] 60 percent of those were wearing their school uniforms," she told the Guardian in April 2019. "And, out of that, 100 percent of the perpetrators were grown adult men.”

One young woman, Saffron Savill, told the BBC how a catcaller had made her feel. She explained how she was just 16 when a man said to her: "What I'd do to you if I was younger." Those exact words were chalked on the pavement. "It really makes me anxious about where I go, if I'm alone, what might happen. If there's a man around, I get really scared," Savill said.

"It is so awful the things that are said," Benis added in an interview with the BBC. "You have really young girls experiencing over-sexualisation and very misogynistic things and violent things said to them. We, as women, have constantly been conditioned to just ignore it and just move on with our lives, take it as a compliment." She continued:

Just recently, a number of female MPs have expressed a desire for catcalling to be classed as a hate crime. In March 2018, Labour MP Melanie Onn called for a change in the law, reports the Guardian. Fellow Labour MP Stella Creasy has also been vocal about the need to make misogyny a hate crime, states ITV News.

One country has listened to the calls. As Vogue reports, France officially made street sexual harassment illegal in August 2018. Anyone caught doing such a thing can face an on-the-spot fine of up to €750 (around £650). The punishment may increase if the behaviour is regarded as particularly aggressive and/or physical.

Although upskirting was recently criminalised in the UK, the government is yet to do the same with catcalling. But that doesn't mean the chalk-filled Instagram accounts are pointless. They are there as a stark reminder of how women are often treated on the streets. Raising awareness of the extent of the issue may encourage people to modify their own behaviour, regardless of a law change.

If your city isn't yet part of the movement, Sandberg and Benis have set up a website where you can find all the resources and support you'll need to start your very own catcalling account. Remember: there's power in numbers.