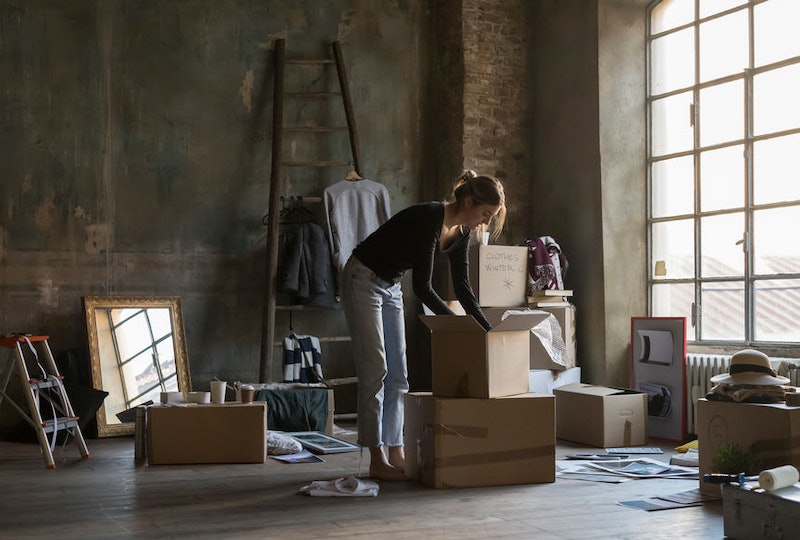 Buying a home is something many people aspire to. In a lot of cases it calls for scrimping and saving and being careful with what you spend so the bank won't judge you when it looks through your statements. Y'all it's basically about holding on for dear life until you manage to get a mortgage. Difficult as it is, some people actually manage to get the deeds to a house. But guess what? Women have to save longer to buy a house and it's all down to the gender pay gap.

Cue Eastenders theme tune. OK, just kidding but real talk guys, the stats are in and they are not looking good for women trying to get their feet on even the lowest rung of the property ladder. According to research by moving cost comparison site Compare My Move, which analysed living costs, house prices, and salaries in towns and cities across the UK, women have to save for an extra eight months on average to buy their first home.

The statistics are a pretty shocking insight into yet another part of life where the gender pay gap is hitting women hard. The study is of millennial first time buyers so no shock there as to how crazy difficult it is for our lot.

Women are pretty badly affected in London, which is just about the least surprising result around. According to the stats, it takes women in the capital two years on average longer to save for a deposit. Meaning two extra years of dropping your hard earned dough on rent.

Some of the other areas that are in the top 13 worst places for women to buy homes include Slough, Oxford, Bristol, and Brighton and Hove. However, it's Cambridge where things are hardest for women trying to save for a mortgage. The cocktail of high prices, high living costs, and a wide gender pay gap means women are left waiting considerably longer than their male counterparts.

Is there any light at the end of the tunnel? Well, to be honest you might just need to move if you want a quick fix to this ongoing issue. Of the 13 towns and cities analysed by the company, there are six that are described as "the best of a bad situation". What they mean by that is in these place women only need to add three or less months to their saving time in order to get the keys to their first home.

So where are these places? OK looks like heading up to Scotland is your best bet. Properties up there are much easier to afford as the rents and house prices are lower. Dundee appears to have hit the sweet spot with only one month extra for women to save up deposit money. Aberdeen and Glasgow are also more affordable, as are Swansea and Newport in Wales.

If like most millennials the mere possibility of buying a house where you currently live seems very far removed, it looks like moving might well be the only option.