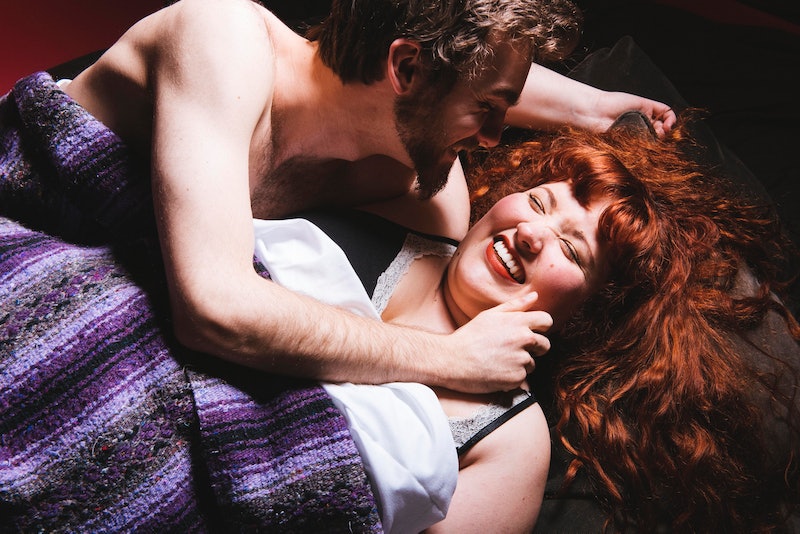 We often hear that men and women have different needs when it comes to sex and arousal. For instance, there's a common misconception that men are visual creatures and that for them, attraction and arousal is all based on what they see. But what's just gender stereotyping or the impact of socialization, and what's backed by research? According to a recent study published in The Journal of Sex Medicine, researchers found that men and women don't activate the same parts of the brain when they're aroused, and women may actually use more brain activity during sex than men.

Researchers from McGill University in Montreal conducted a study of 20 male and 20 female volunteers, all of whom identified as heterosexual, and were between the ages of 19 and 30-years-old. They wanted to see how brain activity differed between men and women when they were exposed to sexual stimuli. Keep in mind, this study was limited to just 40 participants in total, so their sample size was very small.