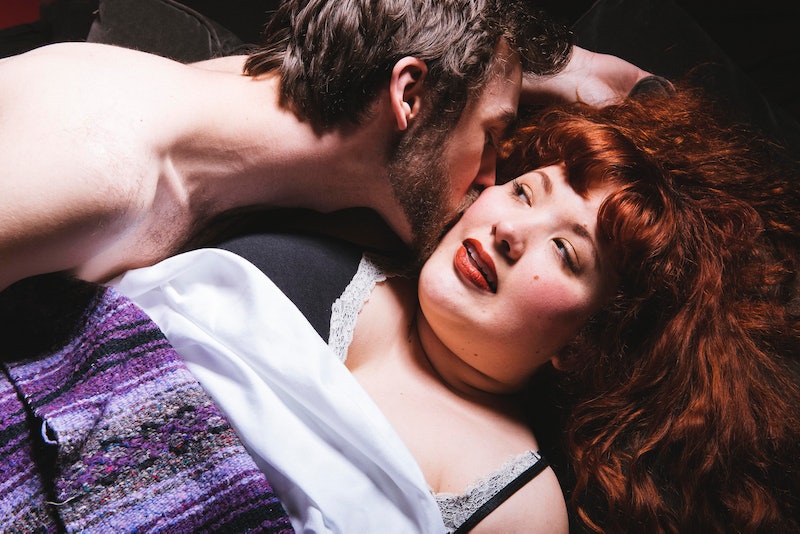 While it's natural to be curious about how often others have sex, it's also important to know there's no such thing as a "normal" sex drive— it varies with each person and each relationship.

But not only are there a range of sex drives you can have, each individual can experience ups and downs with their own levels of desire, too. And new research from the University of Waterloo shows that how you view your sex drive can have a huge effect on how you handle a bout of low libido. The research, which appears in the Journal of Sex and Marital Therapy, found that women who believed that their sex drive was changeable were less affected by low libido than women who believed that their sex drives weren't supposed to change.

The study looked at 780 women who were randomly assigned readings. Some were given readings designed to make them believe that their sex drives were variable, while others were given readings designed to make them think the opposite. Then participants were asked if they had experienced or were likely to experience any issues with their sexual desire and they were given a test to explore how well they would handle those issues. Women who viewed their sex drives as variable and thought that they might experience a problem with their own libido were less likely to handle a drop in sex drive problematically. Instead, they were more able to cope with it. On the other hand, women who didn't think that their sex drives were changeable demonstrated that they were less likely to try to overcome any low libido issues.

"Educating women about the fact that the sex drive tends to change may help them to better manage difficulties getting in the mood."

"The most surprising result was that something as simple as providing women with messages about whether their sex drive changes or stays the same had an impact on how they expect to handle libido problems, like low desire," Siobhan Sutherland, a PhD candidate and lead study author, tells Bustle. "So, educating women about the fact that the sex drive tends to change may help them to better manage difficulties getting in the mood."

It's really important to appreciate that sex drives can change over time, because there are a lot of factors that can affect how strong your libido is at any given moment. "Female sexual drive is impacted by mental and physiological factors," Rhonda Mildrad, LCSW, relationship therapist and founder of the online relationship community, Relationup, tells Bustle. And those are only some of the factors that can affect it.

While some of the issues that affect your sex drive might have to do with your partner, there are plenty that have nothing to do with how attracted you are to someone — issues like work stress can have a huge impact.

"Not leading a balanced life, and constantly feeling the stress and pressure of work, can alter the body’s hormone balance," Milrad says "With stress, the hormone cortisol is released and elevated levels of cortisol can suppress the body’s natural sex hormones." If you're stressed and you notice that your sex drive has dropped, there are steps you can take to make yourself less stressed. And sometimes it's an external factor that can cause a change. Some medications, like antidepressants and hormonal birth control, can lower your libido.

Changes in sex drive are common, so it's worrying to see that some women think that their libido is written in stone — and that it keeps them from looking for solutions when their libido gets low. If you have a sudden change in sex drive, you don't need to panic. Avoiding the issue or shutting your partner out is never the answer. There are healthy ways to deal with a change in libido, and it starts with being honest about what's happening and trying to understand the reasons why — because it can happen to anyone.