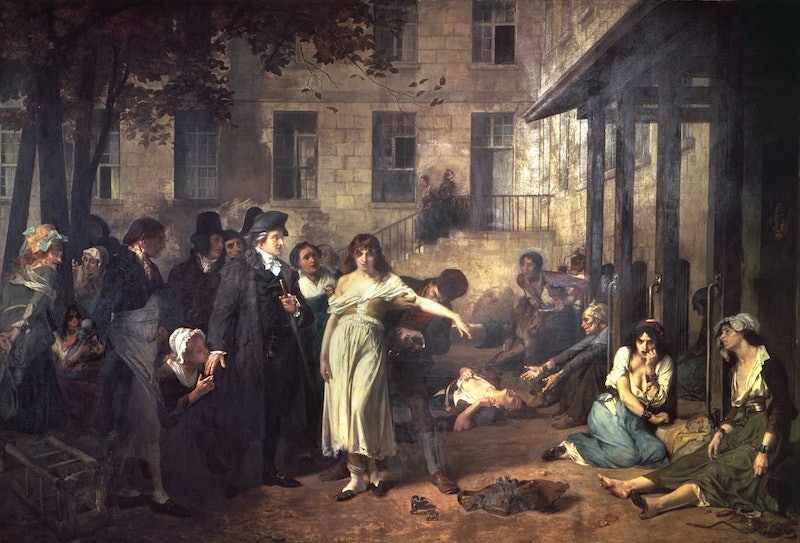 Are you a woman who cares about following her dreams, not toeing the line? Do you speak your mind? Do you not feel particularly inclined to obey your husband or father in every little matter, agree with all of their ideas about religion or educating your kids, look meek, and behave "properly" at all times? Society always throws up a lot of roadblocks for women who want to break from oppressive gender norms — but women in the 19th century who spoke up and pushed back against sexist oppression faced a distinctly awful possibility: being locked away in mental institutions, which at the time were generally known as "asylums."

No, sadly, I'm not kidding; a unique and awful combination of misogynistic ideas about women's minds, concern about "moral contagion," and a lack of real knowledge about mental health led to thousands of women being imprisoned in asylums (with many famous ones among them, including Lincoln's widow, Mary Todd Lincoln) — for reasons that these days would barely raise an eyebrow.

The trend of locking women in asylums was so widespread that Nellie Bly, the pioneering journalist, made her name by getting herself committed to a women's asylum, and reporting on abuses and mistreatment from the inside in 1887. But the real horror isn't just the way many women in asylums were abused — it's how they ended up in there. To be thrown in an asylum for the crime of, say, protesting your husband's affair with your niece was a real thing that happened — and a thing that happened not all that long ago.

If you're deep into watching The Handmaid's Tale and terrified, worried about the future of women's rights, or simply curious about the ways past generations punished women who wanted more than their era saw fit to give them, read on and learn about what used to happen to women whose greatest crime was likely unconventionality.

More like this
Your Daily Horoscope For August 9, 2022
By Mecca Woods
The 4 Most Athletic Zodiac Signs
By Brittany Beringer
RushTok 2022 Is Here & TikTok Is Just As Obsessed As Last Year
By Sarah Ellis
Kim Kardashian Is Releasing A Line Of Earbuds With Beats
By Alexis Morillo
Get Even More From Bustle — Sign Up For The Newsletter