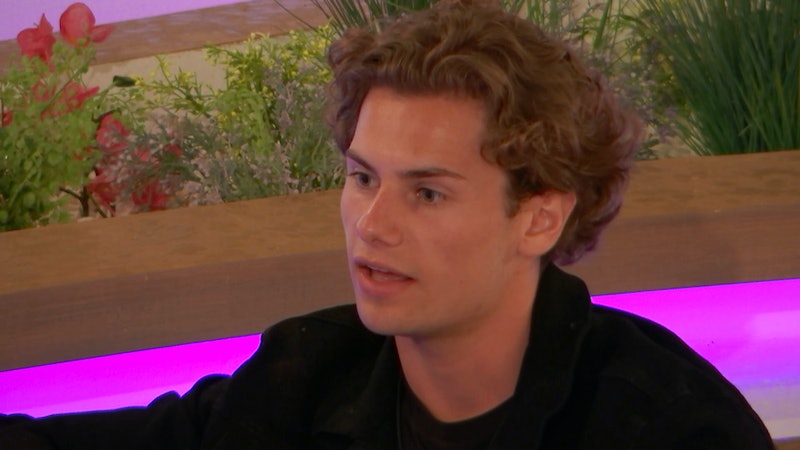 Love Island 2019 has served up some pretty juicy re-coupling and love triangle dramas. It is always good fun watching new islanders enter the villa and ruffle some feathers. However, the way that Joe Garrett treats his partner Lucie Donlan has caught the attention of viewers and not for the right reasons. And it isn’t just viewers that have noticed the way he speaks to his partner. Women’s Aid released a statement about Joe’s “possessive” behaviour. The pair may have been coupled up since day one but the domestic abuse charity has said that the way he speaks to her is a cause for concern.

Lucie and Joe have been a couple from the start of Love Island 2019. When Tommy entered the villa, he took Lucie out on a date but she remained paired up with Joe. She still seems to be pretty friendly with Tommy but they do have to live in a villa together, after all. However, this friendship seems to be a point of annoyance for Joe. He told Lucie that he thought their friendship was “strange” and “disrespectful”. He also suggested, “I think it’s time for you to get close with the girls”. It's this “controlling behavior" that Women’s Aid and fans have taken issue with.

In a statement on their website Adina Claire, Co-Chief Executive of Women’s Aid, said, “controlling behaviour is never acceptable, and with Love Island viewers complaining to Ofcom in record numbers about Joe’s possessive behaviour towards Lucie, more people are becoming aware of this and want to challenge it.” Many viewers called out Joe's behaviour as emotionally abusive and the broadcasting watchdog received 302 complaints about his treatment of Lucie after the episode on June 16.

In the statement released by Women’s Aid Claire said, “abusive relationships often start with subtle signs of control, so it’s important that it is recognised at an early stage.”

She continued: “Love Island viewers are now very vocal in calling out unhealthy behaviour between couples on the show, and this is a positive development.”

Fans of the show were quick to post messages of support for Donlan and highlight their concern on twitter. One viewer wrote, “Catching up on #loveisland with Joe and Lucie. Can see SO many warning signs of emotional abuse there, exactly what my ex used to do. I really hope Lucie realises what's going on and sticks to who she is rather than bowing down to such an arse.” Similarly another said, “@LoveIsland get Joe off. Having him on there is basically a statement of manipulative and controlling behaviour being acceptable in a relationship. It is not fair that Lucie is crying every night.”

I reached out to a representative from Love Island for a response. They say, "we take the emotional well-being of all the Islanders extremely seriously. We have dedicated welfare producers and psychological support on hand at all times who monitor and regularly speak to all of the Islanders in private and off camera, especially if someone appears to be upset."

They continue: "All the Islanders are therefore fully supported by the professionals on site and by their friends in the villa. This means Islanders are always able to reach out and talk to someone if they feel the need. We will of course continue to monitor all of our Islanders in line with our robust protocols. Love Island holds a mirror up to relationships and all the different dynamics that go with them."

Additionally a source close to Joe says, "Joe is a great guy and you can tell how much he genuinely likes Lucie. Any suggestion online that he has been "gaslighting" is unfair, you can see he only wants the best for Lucie and their time together in Love Island."

The villa must be an incredibly intense environment and it’s hard to watch Donlan crying night after night. I hope she gets the support she needs and if you or someone you know is experiencing abuse in a relationship, call the Freephone 24/7 National Domestic Violence Helpline, run by Women’s Aid in partnership with Refuge, on 0808 2000 247 or visit womensaid.org.uk.