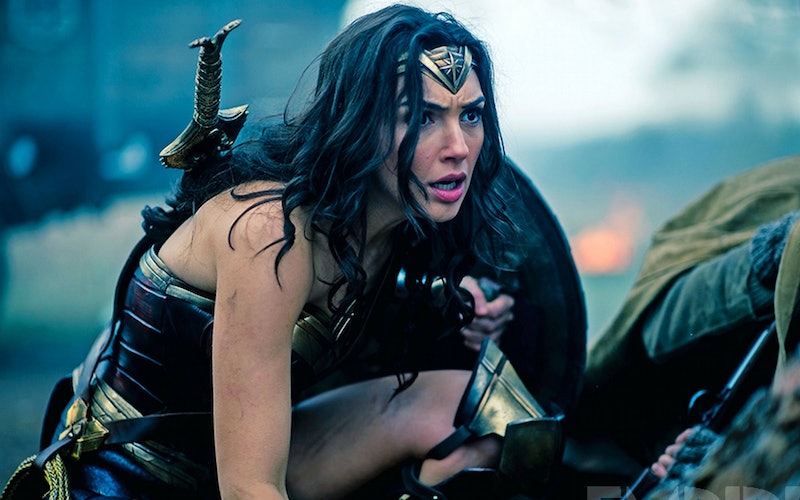 The past several years have been rough, critically speaking, for DC Comics live-action films. Though they bring in serious bank (Batman V Superman took home a whopping $873 million worldwide) some critics argue they are worth a lot less (the same film received a 28 percent Rotten Tomatoes score). Nevertheless, DC and Warner Bros. continue to chug along, churning out more movies (like Suicide Squad, which brought in $745 million globally and earned a 25 percent Rotten rating) that frustrate critics. So with the upcoming release of Wonder Woman — directed not by Zach Snyder or David Ayer — but by newcomer Patty Jenkins, it raises the question: Can this film break the DC Extended Universe out of their critical rut? And luckily for everyone involved, it sure as hell might. Because in my estimation, Wonder Woman is the best DC Comics live-action film since Christopher Nolan's Batman franchise.

And I do not say this lightly. Like so many cinephiles, I worship Nolan's Batman films. The questionable Dark Knight Rises aside, the first two of Nolan’s ultra gritty iterations gave audiences a fresh perspective about what a superhero movie could be, and they come from the same studio that made last summer's Suicide Squad.

So it's about damn time DC Comics got back on track. Wonder Woman, which is in every way a worthwhile and extremely watchable film, could help to make DC Comics films critically appealing once again. And there's one obvious difference between these so-so movies and the magic that is Wonder Woman: This is the first DC Comics live-action superhero movie directed by and starring a woman.

This is not to say the movie wouldn't be commendable if it didn't have a female director, or that it couldn't have tanked if helmed by a different woman, but there is some undeniable magic that took place when this film was made. To start, Gal Gadot is perfect as the titular character. I wasn't convinced of this when she cameo'ed in Batman V Superman, but it's screamingly obvious that Gadot embodies the Amazonian warrior from her first Wonder Woman training montage.

Second, Jenkins, who is known for directing 2004's critically-acclaimed Monster, which earned its lead actor Charlize Theron an Oscar, clearly knows how to connect with her actors. Her vision of Wonder Woman differs vastly from the men who have taken on similar superheroes in the DC canon. This story is seemingly more grounded, emotionally compelling, thoughtful, and looks less like a video game than the comparable DCEU films that came before it. Not to mention, Wonder Woman isn't at all convoluted or confusing — an issue that has plagued the DCEU — it's compelling, heart-pounding, and entirely feminist.

Diana Prince is, after all, a woman who almost single handedly ends a war waged by men. She's a fierce, completely competent warrior raised by equally able Amazonian women. She's sex positive, she never underestimates her own value, and she saves the film's resident damsel, Steve Trevor (Chris Pine). She successfully checks all the big screen superhero boxes that previously had been occupied solely by men.

All signs point to Wonder Woman being a huge success — both financially and critically. And with its blatantly feminist message, female lead, and female director, the obvious question arises: Is Hollywood paying attention? This film is a huge win for women. While we already know that, when given the chance, female-driven films make serious bank, and consistently show strong investment returns— this has not, until now, been proven when women are put in charge of superhero movies, and Jenkins slaying the direction of Wonder Woman is a positive step towards more women being put in charge of comic book properties — and bigger blockbusters in general.

DC Comics and Warner Bros. deserves a hearty round of applause for what they accomplished with Wonder Woman. I hope the DCEU's next films — Justice League, Aqua Man, The Flash — take direction from Jenkins. My fingers are crossed that the assumed success of Wonder Woman will elicit more female-driven superhero films from DC and beyond.

It would be, well, a wondrous thing.